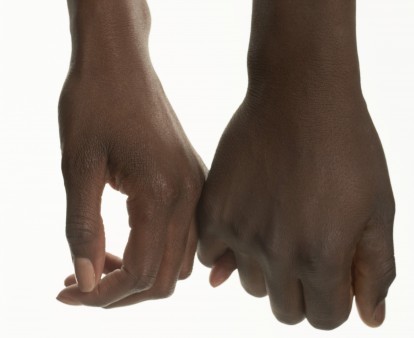 When a person begins to mirror the physiology and behavior of others, this phenomenon is known as interpersonal synchronization, for example, walking in unison or sharing the same breathing and heartbeat patterns. Now, new findings published in the journal Scientific Reports suggest that the touch of a partner can help restore this synchronicity and alleviate an individual’s pain, reports Medical News Today.

For the study, researchers at the University of Colorado Boulder assembled 22 heterosexual partners between ages 23 and 32. Scientists asked the couples to reenact the experience of giving birth and dubbed females “pain receivers” and men “pain observers.” Researchers recorded all participants’ respiration and heartbeats while the women endured mild heat pain for two minutes (the pain scenario), while they suffered no discomfort and when they were touched and not touched. During the no-pain period, the couples were seated together without touching and sat while holding hands or placed in separate rooms.

Findings showed that touch increased physiological coupling, even when a woman wasn’t in pain. When the female participant felt pain and her partner did not touch her, the physical accord was reduced. But when a man held his companion’s hand, their heart and breathing rates jibed once again, and her pain was reduced. What’s more, the empathy of males for their partners increased when they held the women’s hands. (The results backed Goldstein’s previous research that the more empathetic a man was toward a woman, the less pain she feels.)

“It could be that touch is a tool for communicating empathy, resulting in an analgesic, or pain-killing effect,” said Pavel Goldstein, PhD, a postdoctoral pain researcher in the Cognitive and Affective Neuroscience Lab at the university.

But study authors couldn’t determine whether lower-intensity pain increases interpersonal synchronicity or vice versa. They did, however, theorize that synchronicity could possibly enhance the pain-killing effects of touch using the autonomic nervous system and affect the region of the brain associated with pain perception and empathy.

According to Goldstein, further research is needed to understand exactly how a partner’s touch might help to relieve pain as well as to determine the effect of touch on men who experience physical suffering.

Click here to read how a mother’s touch can boost a baby’s physical and mental health.