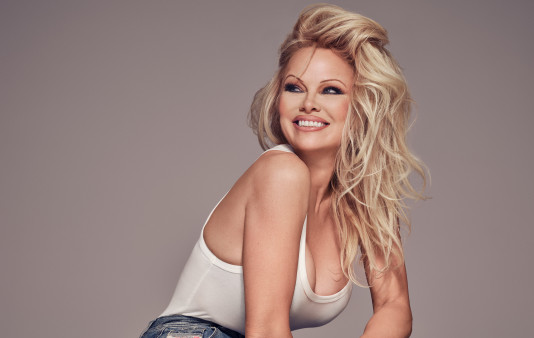 Pamela Anderson, Who Once Had Hepatitis C, Heads to Broadway [VIDEO]

One of the first celebrities to disclose she had hepatitis C—and was cured of the liver disease—Pamela Anderson will star in “Chicago.”

Pamela Anderson knows how to razzle-dazzle an audience, so the buxom pop culture icon—who openly discussed her hepatitis C diagnosis and cure—will no doubt kill it when she makes her Broadway debut in the smash musical Chicago. The former Baywatch star and ex-wife of rocker Tommy Lee will step into the role of 1920s killer-diller Roxie Hart for a limited eight-week engagement, from Tuesday, April 12, to Sunday, June 5.

“I have always been a huge fan of Bob Fosse’s and Gwen Verdon’s work. Ann Reinking too,” said Anderson in a press release, name-checking the choreographers and dancers associated with the original 1975 production. “Playing Roxie Hart is a dream fulfilled. Performing Fosse, you don’t have time to get in your head. You can’t dance, sing and think at the same time. There is a freedom, a unique joy in knowing it’s all about the work. Playing Roxie Hart is a sweet escape for me.”

After closing in 1977, Chicago returned to the Great White Way in 1996 and has been playing continuously (not counting the COVID-19 era shutdowns), making it the second longest-running show in Broadway history (after The Phantom of the Opera). The 2002 musical movie won the Academy Award for Best Picture and starred Renée Zellweger as Roxie Hart.

Most folks probably know Anderson from sexy TV roles such as the Tool Time girl in the first two seasons of the sitcom Home Improvement or from her numerous appearances on the cover of Playboy (at least 14 times!) or from the recent Hulu series Pam & Tommy about the couple’s notorious sex tape (watch the trailer below or on YouTube).

Hep readers, however, might remember Anderson as one of the first celebrities to disclose publicly that she was living with hepatitis C virus (HCV). That was in 2002, before modern treatment could cure the liver disease relatively quickly and with few side effects. In 2015, she announced to the world in an Instagram post (while fully nude, naturally) that she was cured of her hep C.

As Hep reported in the spring 2016 issue, Anderson was treated with Sovaldi (sofosbuvir), a med that the Food and Drug Association approved in December 2013. For more details, read the Hep article: “Hear Her Roar: Pamela Anderson is cured of hep C.” 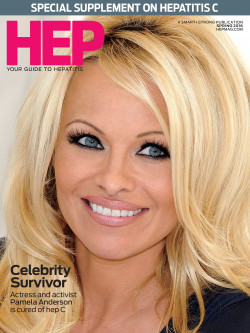 Hepatitis refers to inflammation of the liver. When untreated, it can lead to scarring of the liver (cirrhosis), liver cancer, the need for a liver transplant and death. Hepatitis can be caused by several factors, including toxins, excess alcohol use, autoimmune diseases, fat in the liver and viruses, including the three most common ones: hepatitis A, B and C. According to “Hepatitis C Transmission and Risk,” part of Hep’s Basics of Hepatitis, hep C is most easily spread through:

Despite the advances in hep C treatment since Anderson disclosed her status, the virus remains a health concern in the United States and globally. It’s estimated that 2.4 million Americans were living with chronic hep C between 2013 and 2016 (about 1% of the adult population), according to the Centers for Disease Control and Prevention. What’s more, 14,242 people died of hepatitis C in 2019, and acute hep C cases quadrupled from 2009 to 2019.