Why a North Carolina County Hired a Hepatitis Bridge Counselor

The hepatitis bridge counselor will work in Guilford County and other parts of central North Carolina.

Guilford County, North Carolina, is getting a “hepatitis bridge counselor” who will specialize in preventing viral hepatitis, reports the Rhino Times. The position is funded by a $32,000 grant from the North Carolina Division of Public Health.

In recent years, the state, like much of the nation, has seen an increase in hepatitis C cases, fueled by the opioid epidemic and injection drug use. In North Carolina, hep C cases have notably risen among rural white youths and young adults who have transitioned from taking opioid pills to injecting drugs. In fact, the newspaper reports, the rate of new diagnoses among 20- to 39-year-olds is 3.3 cases per 100,000 people in that age group, the highest in the state. 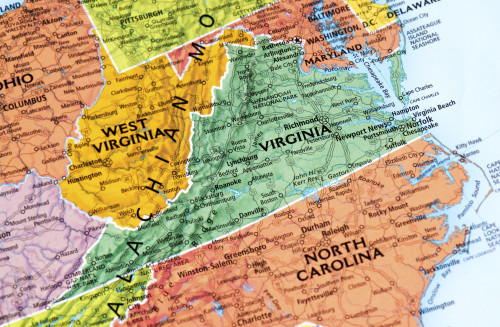 The incoming hepatitis counselor will serve Guilford County—which includes Greensboro—and neighboring central regions of the state. The counselor will oversee prevention messages, testing and screening programs and efforts to connect people who have hep C to treatment and care.

Hepatitis refers to inflammation of the liver, the body’s filtration system. Untreated, it can lead to liver damage, scarring (cirrhosis), the need for a liver transplant and death. Hepatitis has several causes, including toxins, chemicals, excessive fat and alcohol, and viruses, including hepatitis A virus (HAV), hepatitis B virus (HBV) and hepatitis C virus (HCV).

According to the Hep Basics section on hepatitis C, the Centers for Disease Control and Prevention (CDC) estimates that approximately 3.5 million people in the United States are chronically infected with hepatitis C. New cases of HCV are steadily increasing, largely due to the opioid epidemic. The CDC estimates that there were 41,200 new hep C cases in 2016.

The good news is that thanks to treatment advances in the past decade, hepatitis C is curable, usually with daily tablets taken just for a number of weeks. Unfortunately, medications are not always easy to access.

In January 2021, the Department of Health and Human Services (HHS) released the Viral Hepatitis National Strategic Plan for the United States: A Roadmap to Elimination 2021–2025, which spelled out five main goals for the next five years. So did the United States make any progress last year? Earlier this year, hepatitis researchers and advocates launched a partnership titled Hep ElimiNATION to assess the nation’s progress in its efforts to end viral hepatitis.

Regarding how people contract the virus, the Hep Basics on Hepatitis C Transmission notes: