As transplant experts move to reorganize the distribution of donated organs in the United States, some hospitals and patients have filed new lawsuits this week arguing that new rules proposed by the United Network on Organ Sharing (UNOS) will reduce many nonurban transplant centers’ access to lifesaving organs , the Washington Post reports.

The plaintiffs—among them health centers, advocates and patients on waiting lists in Georgia, Michigan, Kansas, Missouri and elsewhere—say UNOS’s new rules will leave patients in those places with access to up to 20% fewer organs, potentially resulting in hundreds of deaths. The lawsuits are seeking a temporary restraining order against the new transplant rules, which were supposed to go into effect this spring. As a result, UNOS’s rule change has been delayed to May 14 to allow a court hearing to be held on May 7.

The lawsuit is the latest in a fierce ongoing debate over the way donated organs are doled out to transplant patients. UNOS estimates that 114,000 people are on organ waiting lists, of which 13,546 people are waiting for livers. Up to three people die each day waiting for new livers because of what’s considered to be a national shortage of donated organs.

Until this year, local transplant hospitals generally had first dibs on organs donated in their areas. However, a new policy, adopted by UNOS last December, offers livers to the sickest patients as far as 500 nautical miles from the donor. The new rules were approved after patients in New York filed a lawsuit arguing that they and other urban areas had to wait much longer for livers than people in other parts of the country who were far less ill. Worried that such a policy could be illegal, the state ordered national transplant authorities to consider a better approach.

In a recent statement about the lawsuit, UNOS said the new plan would provide “a fairer, more equitable system for all liver patients—no matter where they live,” arguing that the new policy could save the lives of 100 people on waiting lists each year. They also cited stats showing that under the current system a moderately ill patient in Kansas has a greater than 60% chance of receiving a liver transplant within 30 days, while a similarly ill patient in California had a chance of 1%.

To learn more about organ transplant distribution across the country, click here. 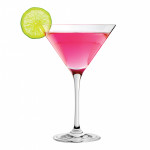 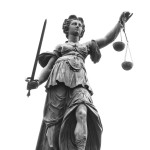 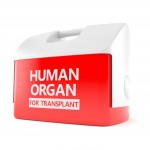