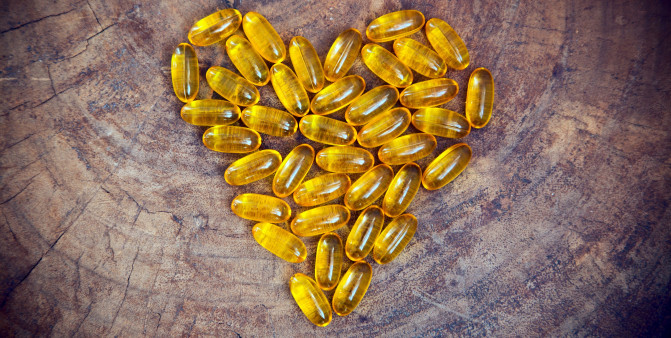 Cholesterol Meds Associated With Less Death in People With HIV

An ongoing randomized controlled trial will provide more definitive results in the future.

People with HIV were 52% less likely to die when they consistently took statins and 73% less likely when they regularly used other types of lipid-lowering medications, such as ezetimibe (Zetia), fibrates, niacin or fish oil, compared with people who received no treatment, according to data published in BMC Infectious Diseases.

The data comprise the experiences of 23,276 U.S. military veterans who received care through the Veterans Health Administration between 1996 and 2011. All the veterans were on antiretroviral (ARV) treatment and had an undetectable viral load. Notably, this study was done in before the era of modern ARVs, when many HIV drugs had severe side effects and sometimes couldn’t fully control the virus. And it was done before the advent of new drugs such as Descovy (tenofovir alafenamide/emtricitabine), which has been associated with increased statin use due to elevated lipid levels in people using it for HIV treatment or pre-exposure prophylaxis (PrEP).

Henning Drechsler, MD, an associate professor of internal medicine at the University of Texas Southwestern Medical Center, and colleagues looked back at these veterans’ medical records from the date of their first undetectable viral load test until five years later, death, loss to follow-up or 2012, whichever came first. Then they ascertained the participants’ medical conditions using their records as well as prescriptions for medications like statins, aspirin, niacin, fish oil and other non-statin lipid-lowering therapies. When people died, the records did not include a cause of death, so the researchers worked backward from recent diagnoses of AIDS-defining and non–AIDS-defining cancers, heart attacks, strokes, infections and other potential causes of death.

They then put all this data together and looked for trends in mortality associated with certain treatments for heart disease. What they found was that one in five veterans (4,622, or 20%) died during the analysis period—a rate three times higher than their peers without HIV who were matched for age, race, sex and the time period. Half of the deaths were among people who no longer had an undetectable viral load, and nearly three out of four of these deaths were among people who experienced cardiovascular events, prior infections or cancer.

What’s more, the prevalence of heart and vascular disease rose, from 14% overall at baseline to 27% at the end of the analysis period. And while 42% of participants had ever taken a lipid-lowering therapy of any kind, ongoing use varied by type of therapy. People who took statins did so for 54% of the follow-up time, those who took non-statin therapies did so for 45% of follow-up time and those who took aspirin did so for 30% of the time.

But when they’d taken it in the last year or were currently taking it, death rates decreased.

But when people took the medications consistently, death rates decreased, and the effect depended on the type of therapy.There was no apparent benefit for people taking anti-hypertensives (blood pressure medications) or aspirin. Consistent use of statins was associated a 52% reduction in mortality. People who consistently used non-statin therapies like niacin, fish oil or fibrates saw the greatest risk reduction: they were 73% less likely to die. Those who used a combination of statins and other lipid-lowering therapies saw a 66% reduction.

Of course, this was association. As this was a retrospective study and not a randomized controlled trial (the gold standard of medical research) or a prospective study (which enrolls people and follows them over time), it’s hard to know whether these drops really were attributable to the lipid-lowering therapies. Plus, the study was based on data from the early ARV era; therefore, it isn’t clear how relevant the results are today. And almost all the participants were men—but women living with HIV also have higher rate of heart attacks than their peers. The REPRIEVE study, a randomized controlled trial of statin use in people with HIV, is underway and will provide more information.

“Still, the magnitude of the mortality benefit during consistent statin-free lipid-lowering therapy use was unexpected and sharply contrasted with only moderately reduced mortality risk for inconsistent use—for which no reduced [cardiovascular disease] risk was observed,” wrote Drechsler and colleagues.