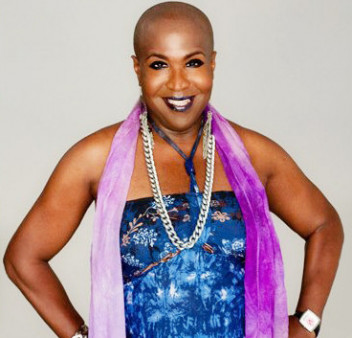 Toni Newman, a transgender leader who has helmed several nonprofits in California Courtesy of ToniDNewman.com

New Leadership and Consultants at the Black AIDS Institute

Toni Newman is the interim CEO of the Black AIDS Institute, and Kemal M. Atkins will serve as managing director. Consultants are also on board.

Following months of disruption and controversy at the Black AIDS Institute (BAI), the group’s board of directors announced September 23 that it had appointed Toni Newman as the interim CEO of the national nonprofit. In addition, Kemal M. Atkins, EdD, was named managing director, according to a press release from the BAI board; Pat Bass and Chris Bates will serve as consultants.

The news arrives about a month after the board announced that Raniyah Copeland would no longer be serving as CEO of the nonprofit, which is based in Los Angeles. The move led HIV community leaders to demand not only that she be reinstated but also that BAI fill vacant seats on the board.

Newman is a transgender leader who is currently the interim executive director of Lavender Youth Recreation and Information Center (LYRIC), a San Francisco nonprofit that serves LGBTQ youth. She is also a distinguished faculty member at the Transgender Strategy Center in Los Angeles and the chair of the board of directors of TransCanWork.

“Ms. Newman has a wealth of knowledge in nonprofit management, budget and finance, and human resources and operations,” the board of directors wrote in its statement. “We’re excited that she has agreed to serve as our interim CEO as we continue implementing our transition plan to find a permanent, innovative executive staff leader.”

Newman is also a former leader of St. James Infirmary, according to her website, ToniDNewman.com. A graduate of Wake Forest University in Winston-Salem, North Carolina, and originally from Jacksonville, North Carolina, Newman shared her life story in her 2011 memoir, I Rise: The Transformation of Toni Newman.

Atkins, BAI’s new managing director, has a background in crisis management and will consult on program direction and building infrastructure. According to his LinkedIn account, he is currently a senior consultant at the Association of Governing Boards of Universities and Colleges (AGB) and an adjunct associate professor at Delaware State University.

Bass and Bates, the two consultants, bring years of experience in the HIV field. Bass was an architect of the Ryan White CARE Act, a federally funded program for people living with HIV, and Bates served as the director of the Office of AIDS Policy and executive director of the Presidential Advisory Council on HIV/AIDS under President Obama.

In related news, last month, BAI’s founder and former president and CEO Phill Wilson wrote an opinion piece on the tumultuous situation at the nonprofit titled “Save the Black AIDS Institute: We the People Must Speak Up.”