Concerned about the highest-ever rates of sexually transmitted infections (STIs) in the country, 17 national advocacy organizations joined together to form the National STI Coalition, according to a February 7 announcement from the group.

The group’s formation comes as the Centers for Disease Control and Prevention (CDC) announced steep inclines in STIs—specifically chlamydia, gonorrhea and syphilis—for the fifth year. 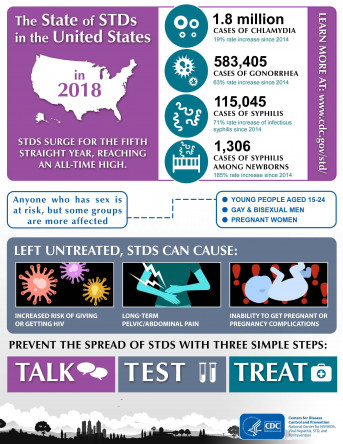 The coalition aims to focus on policies that promote STI services and expand federal resources for prevention and treatment. It will also look into the threats of antibiotic-resistant gonorrhea and the growing cases of syphilis passed from mother to child.

“Attacks on evidence-based sex education, lack of access to quality STI care and diminished resources for STI prevention programming, along with reductions in the public health workforce, have created a perfect storm, and STIs have flourished,” said Adriane Casalotti, a coalition cochair and a leader at the National Association of County and City Health Officials, in the press release. “With the formation of the coalition, we are taking a strength-in-numbers approach to combating these issues through a coordinated federal response that addresses the full spectrum of STI prevention, diagnosis and treatment.”

According to 2018 data from the CDC, the United States experienced the following rates of STIs, often referred to as STDs, for sexually transmitted diseases:

Health officials with the National Institutes of Health published an editorial in The Journal of Infectious Diseases last fall in which they referred to the rise in STIs as “a major public health crisis worldwide and in the United States.”

Stephanie Arnold Pang, a coalition cochair and a leader at the National Coalition of STD Directors, added in the press release: “As it stands, our public health STI programs are under-resourced and overwhelmed by the surge in STIs. To get 17 organizations to focus on one issue is no small feat and an acknowledgement that without serious attention, this STI crisis isn’t going anywhere.”

The 17 members of the coalition are: 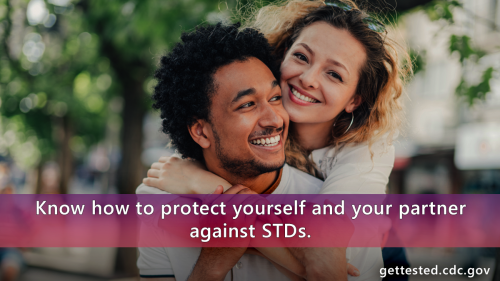 Meanwhile, the CDC offers a collection of related reports, social media graphics (like the ones in this article), and sample social media posts aimed at raising awareness of STIs. For more, see its Communication Resources.

In related POZ articles, see “U.S. STI Epidemic Hits an All-Time High,” “STI Testing Rats Are Too Low Among HIV-Positive Gay & Bi Men” and “Need to Tell Someone to Get Tested for an STI? TellYourPartner.org Allows You to Anonymously Relay the Message.”