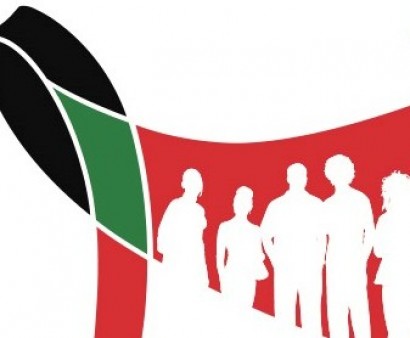 This year’s theme is “Stay the Course, the Fight Is Not Over.”

Wednesday, February 7, marks National Black HIV/AIDS Awareness Day 2018 (NBHAAD). This year’s theme is “Stay the Course, the Fight Is Not Over.”

NBHAAD is a time to mobilize efforts against the epidemic in Black communities. Specifically, the initiative stresses four courses of action:

Further information, including how to find a testing center near you, is available on the NBHAAD website, NationalBlackAIDSDay.org. The site also includes tool kits, programs (including those at historically Black colleges and universities), spokespersons and more.

Regarding data about HIV and the Black community, the Centers for Disease Control and Prevention released a statement supporting NBHAAD. It read in part:

“HIV diagnoses have declined among African Americans in recent years, including a 20 percent decline from 2011 to 2015 among African American women. This progress may indicate the success of targeted efforts to prevent HIV among some of the most-affected populations. However, as NBHAAD’s theme—“Stay the Course, the Fight Is Not Over”—reminds us, we must continue to build on this success to reach our goal to prevent HIV.

“In 2016, more than 17,000 African Americans received an HIV diagnosis, representing 44 percent of all new diagnoses in the United States. Furthermore, while HIV diagnoses have stabilized among African-American gay and bisexual men as a whole, those ages 25 to 34 experienced a 30 percent increase from 2011 to 2015. Today’s HIV prevention and treatment tools can accelerate progress in preventing new infections and reducing HIV-related disparities that affect African Americans.”

In related news, Phill Wilson, the leader of the Black AIDS Institute, announced his retirement as part of several changes taking place at the organization and that organization opened a Black PrEP clinic in Los Angeles for people at high risk for HIV. For more, click here and here.

And finally, the “Positive Spin” campaign by HIV.gov features a series of digital videos of five Black gay men living with the virus and telling their stories. One of them is Guy Anthony, a spokesperson for NBHAAD. Read about the campaign here, and watch Anthony’s video below: