Laughter and Music May Help Lower Your Blood Pressure

Listening to your favorite songs or getting a good laugh from a funny joke could be just as effective at lowering your blood pressure as cutting salt from your diet or losing 10 pounds, according to study results presented at a recent American Heart Association meeting.

For the three-month study, researchers at the Osaka University Graduate School of Medicine in Japan assigned 90 men and women, ages 40 to 74, to hour-long music or laughter sessions each week or to a control group who received no therapy.

Participants listened, sang, and stretched to their choice of Japanese pop, classical or jazz tunes. (People were also encouraged to listen to music at home.) Meanwhile, laughter sessions consisted of listening to Japanese storytelling similar to stand-up comedy and laughter yoga, the practice of faking laughing until it feels natural.

Findings showed music and laughter study participants experienced a decrease in average systolic blood pressure (of 6 mmHg and 5 mmHg, respectively—or 5 and 6 millimeters of mercury) while the control group’s levels remained unchanged. In addition, music and laughter participants also realized short-term dips in systolic blood pressure of 6 mmHg to 7 mmHg before and after their sessions.

Blood pressure reductions of this size have been linked to a 5 to 15 percent lower risk of death from heart disease and stroke, explained Michael Miller, MD, director of preventative cardiology at the University of Maryland Medical Center in Baltimore, who wasn’t associated with this study.

If this makes you want to smile and dance to the music, great. But docs warn patients not to toss their blood pressure meds just yet.

As Miller stressed, while jazzy tunes (of all kinds) and jokes are great natural tools to improve health, they’re not recommended as replacements for blood pressure medications.

Click here to learn how music can also ease anxiety.

Big Sean Discusses How He Handles His Mental Health Troubles 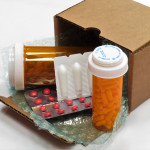