What happens when two people of a different HIV status fall in love?

For many individuals, the problems that arise in a relationship can be an enormous challenge. But when one partner has HIV and the other doesn’t—what’s known as a serodiscordant partnership—the struggle can get more complicated. This is because HIV’s undeniable presence gives rise to additional problems that place a heavier strain on each person. The first huge hurdle for serodiscordant couples to clear may be how to negotiate sexual intimacy without transmitting or acquiring the virus, which is followed by practical considerations—should a commitment be made—that concern addressing each other’s health issues and illnesses, caregiving responsibilities in the present and future and possible plans to build a family, as well as laying down a long-term financial foundation together.

When Ali, a 50-year-old HIV peer specialist living with the virus, met 59-year-old Kate, the editor-in-chief of Real Health, he disclosed his status immediately. “I’ve never been ashamed of my status,” he says. “Some people are still ignorant about how the virus is transmitted, but she wasn’t one of them. I always felt comfortable talking with her, and when our relationship moved in a romantic direction, our ability to communicate well with each other created a solid foundation for us to build on as individuals with mixed status.”

Ali, who has been on antiretroviral (ARV) therapy for more than 20 years, stays adherent and has an undetectable viral load. He’s aware that findings show that there’s effectively no risk that he’ll transmit HIV to Kate as long as he remains on his meds. “I think that it’s great that there’s scientific evidence that enables couples to feel secure that as long as the person with HIV maintains viral suppression on therapy, the risk of transmission is virtually negligible if someone has been undetectable for at least six months,” says Ellen M. Tedaldi, MD, a professor of medicine at the Lewis Katz School of Medicine at Temple University in Philadelphia and the director of its HIV programs. “For a couple, especially if they’re in a long-term relationship, it means that the risk of acquiring the virus is pretty much nonexistent for the HIV-negative partner.”

But sometimes folks struggle with adherence, Tedaldi adds. “People go on and off therapy for a variety of reasons; therefore, they become detectable again,” she cautions. “So if you’re on HIV meds, stay on them.”

This is why, despite the proof that people on HIV treatment who are undetectable can’t transmit the virus, some health professionals recommend that HIV--negative individuals in serodiscordant relationships should also use pre-exposure prophylaxis, or PrEP for short, as a precaution to ensure that they won’t acquire the virus. Sold under the brand name Truvada, PrEP is a combination tablet of the HIV medicines tenofovir and emtricitabine that’s approved for daily use to significantly reduce the risk of HIV infection. According to the U.S. Department of Health and Human Services, daily PrEP use can lower the likelihood of contracting HIV via sex by nearly 100 percent in those at high risk. 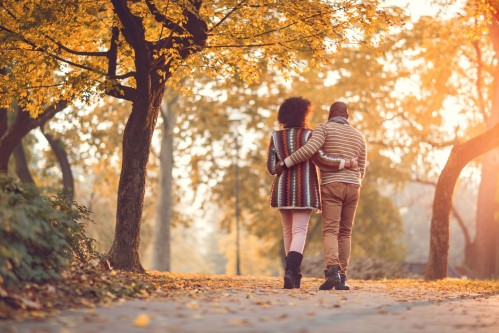 Before folks can take PrEP, they must be tested for HIV to make sure they don’t already have the virus. After a doctor prescribes Truvada, folks must take the pill every day for it to work. “If you’re on PrEP, testing [for HIV and other sexually transmitted infections] is done every three months,” Tedaldi explains. “If people [in mixed-HIV-status relationships] choose not to be on PrEP, then they should be tested every three to six months.”

After she and Ali talked about pre-exposure prophylaxis, Kate thought hard about whether to take PrEP. “I read everything I could find about Truvada, and my husband and I talked to his doctor at the hospital and another infectious disease specialist there to get counseling and advice,” she says. “His doctor wanted me to take PrEP, but the specialist said as long as Ali stayed adherent, he couldn’t pass the virus to me. He said the U.S. Centers for Disease Control and Prevention encouraged doctors to make people aware of PrEP, but the agency and other research groups agree that undetectable equals untransmittable.”

In the end, Kate chose not to take PrEP because of her concerns about possible side effects of the drug now and in the future. For most people there have been no serious side effects from the anti-HIV med. In clinical studies, nausea, pain in the abdomen, headache and weight loss were the most common problems reported by those who took PrEP. “You can offer all the advice, but people will still make their own decisions,” says Tedaldi.

“I think if there is any concern that you may not be in a monogamous relationship, then people should continue to use condoms,” she adds. “But if there’s just the two of you in a long-term relationship, then it’s probably safe to stop using condoms or PrEP [if you were previously on it.]” But Tedaldi also voices realistic concerns. “I think we have to recognize that human sexual behavior is what it is and there may be exposure to other individuals, and then that presents opportunities to get sexually transmitted infections [STIs].”

Aside from getting tested regularly for any STIs, Tedaldi suggests that serodiscordant couples seek counseling. In many communities, especially urban centers, there are support programs available for partners. These services can help mixed-status couples cope with the many personal and practical problems they will face together. A great deal of counseling focuses on issues such as family planning and disclosure outside the relationship as well as the possible stigma attached to that. “There is still a lot of stigma and misinformation around HIV,” Tedaldi says.

Communication is one of the keys to the success of any relationship. When couples take advantage of counseling services or seek professional support for their issues, they often find the efforts to be therapeutic, according to experts.

For serodiscordant couples, problems about sex, money, relatives, friends, work and other complications can become overwhelming when multiplied by each individual’s anxieties and fears.

“Even though I know the chances are slim that I can pass the virus, I’m constantly thinking about the remote possibility that I might transmit HIV to Kate,” Ali says. “At times, I worry to the point where I sometimes have erectile dysfunction problems and I mentally sabotage an orgasm. Sometimes, too, I think that she may have fears about acquiring the virus.” 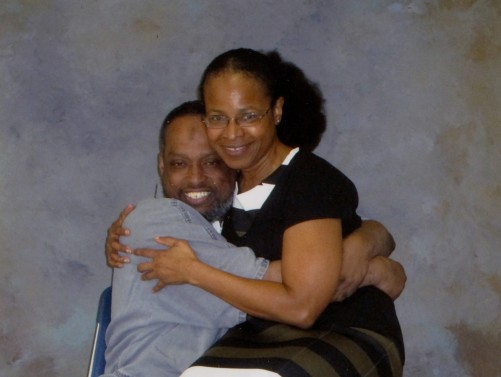 Kate has tried to reassure her husband that this isn’t the case. “We’ve discussed these issues many times,” she says. “After we got married, we talked about the matter, and he seemed to relax. But they resurface occasionally, and so we continue the conversation. I think being on HIV meds and also blood pressure drugs for many years affects sexual function. But our issue involves a mix of mental and physical problems and prescription drug side effects.”

Indeed, findings show that sexual dysfunction, such as erection problems, lack of interest in sex or inability to reach orgasm, is common among men and women living with HIV.

“But I’m also apprehensive about our future because of the current economy, the state of health care and our advancing age, and the fact that the cost of living is just so high where we’re located,” Kate continues. “If one of us gets sick, how will we survive?”

Pressures like these are real, and it’s natural for people—especially those in serodiscordant relationships—to be concerned. But the worst thing folks can do is remain silent. “It is important to talk about these fears and anxieties in a safe and supportive environment where both partners can be open about their feelings,” says counselor and psychotherapist John Sovec, a licensed marriage and family therapist and expert contributor on LGBT issues to GoodTherapy.org. “Both partners developing an attitude of willingness and a deep desire to communicate, both speaking and listening, can develop this safe environment. Talking about this openly can be a risky experience, and yet it is the most powerful means to keeping a relationship healthy.”

Notes on the Virus

Ellen Tedaldi, MD, a professor of medicine at the Lewis Katz School of Medicine at Temple University in Philadelphia addresses a few questions about HIV.

Does everyone who starts HIV treatment become and remain undetectable?

“No. But if you are adherent to antiretroviral therapy, pretty much everybody does become undetectable. In addition, now with our newer medications, you can achieve an undetectable viral load much more quickly and with fewer side effects. What happens when you immediately start therapy is that viral levels go down and drop with varying speed. But you can expect that virus level to keep going down once you’re on therapy.”

What risk is there that someone with HIV can transmit the virus to a partner if HIV can be detected in semen, vaginal or rectal fluids but not in blood?

“There is a concern people have that even though you’re undetectable, there still may be free virus in these other compartments in the body. The latest thought about this from researchers is that if you really are undetectable for six months, the risk of transmitting HIV is effectively zero; and that would appear to also cover detectable virus in these bodily fluids. Scientists believe that during a six-month period, a lot of these other compartments would clear out and contain less free virus. It’s what we call the inoculum, or the amount of virus that’s available to transmit. If there’s very little virus to transmit, the risk is lower and varies by the type of sexual activity. Condomless receptive anal intercourse poses the highest risk for HIV infection following exposure to the virus.”