Changing gut bacteria to improve treatment response may be the next frontier in immunotherapy.

Experts increasingly recognize that the gut microbiome—the ecosystem of bacteria and other microorganisms in the intestines—plays a key role in health conditions ranging from allergies to Alzheimer’s. And cancer is no exception: A growing body of evidence links the microbiome to disease progression, treatment response and side effects.

Humans and their microorganisms have evolved in symbiosis for millions of years, and the trillions of microbes in our gut play a role in many physiological processes, including metabolism and immune response. Gut bacteria interact with the immune system to affect not only localized conditions, like inflammatory bowel disease, but also immune responses throughout the body. 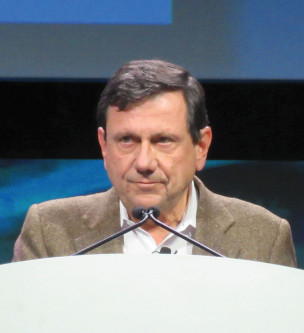 One of the most exciting areas of research involves the influence of gut bacteria on immunotherapy, which helps the immune system recognize and attack cancer. At the American Association for Cancer Research (AACR) annual meeting in April, Trinchieri explained that the microbiome trains the immune cells that infiltrate tumors—a crucial aspect of response to immunotherapy.

Some beneficial microbes release metabolic by-products—such as short-chain fatty acids when fiber is broken down—that enhance immune cell activity and suppress inflammation. In contrast, dysbiosis, which occurs when harmful bacteria take over, can lead to microbes leaking out of the gut and triggering inflammation.

From the time of birth, various microbes cooperate or compete with one another for dominance. Many factors can affect the microbiome balance, including formula feeding instead of breast feeding, type of diet, use of antibiotics and even having a pet. In general, greater diversity of bacteria in the gut is associated with better health—and with better response to cancer treatment.

The Microbiome and Cancer Therapy

Recognition of the link between the microbiome and cancer treatment isn’t new. Several years ago, researchers first showed that among people undergoing stem cell transplants to treat blood cancers, those with less diverse gut bacteria had a higher risk of death and were more likely to develop graft-versus-host disease, a life-threatening complication in which the donor’s immune cells attack the recipient’s body. Adoptive cell therapies using selected or engineered cancer-fighting immune cells also work better in those with a healthy microbiome.

In 2013, Trinchieri’s team reported that germ-free mice lacking a microbiome and those whose gut bacteria were killed off by antibiotics did not respond well to platinum-based chemotherapy. Similarly, a group led by Laurence Zitvogel, MD, PhD, of Gustave Roussy Cancer Center near Paris, showed that germ-free mice were resistant to the widely used chemotherapy drug cyclophosphamide.

More recently, the focus has shifted to checkpoint inhibitor immunotherapy. CTLA-4 and PD-1 are immune checkpoints on T cells that tumors can exploit to turn off immune responses against them. Drugs that block CTLA-4, PD-1 or its binding partner, PD-L1, release the brakes and restore T-cell activity. This type of immunotherapy works very well for some individuals, but a majority do not benefit, and researchers are trying to determine why.

In 2015, Zitvogel’s team showed that mice with gut bacteria in the genus Bacteroides responded better to the CTLA-4 checkpoint blocker Yervoy (ipilimumab). When germ-free mice got stool transplants from patients who responded well to Yervoy, the mice began responding too.

Researchers at the University of Chicago, led by Thomas Gajewski, MD, PhD, likewise linked certain bacteria to improved effectiveness of PD-L1 checkpoint blockers. When mice with melanoma were given supplements of Bifidobacterium (beneficial bacteria in fermented foods), T cells migrated to tumors and the cancer regressed.

Jennifer Wargo, MD, and her team at MD Anderson Cancer Center in Houston found that people with metastatic melanoma who had more diverse bacteria responded better to PD-1 checkpoint inhibitors, such as Keytruda (pembrolizumab) and Opdivo (nivolumab). 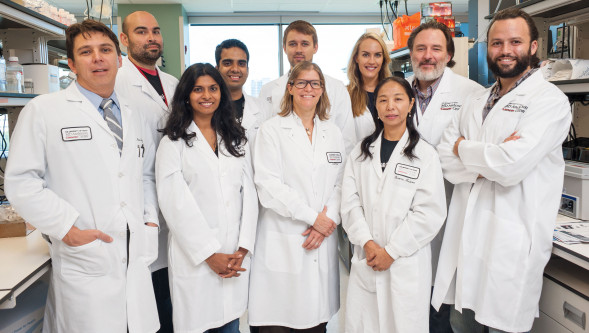 In particular, Ruminococcaceae, Clostridiales and Faecalibacterium species were associated with better treatment response, while Bacteroidales species were linked to poorer response. People with a favorable gut microbiome had more active T cells in their tumors, which translated to longer progression-free survival. “Diversity of gut microbes matters, and composition also matters,” according to Wargo.

In another study of people with advanced melanoma, Gajewski’s team also saw an association between gut bacteria and response to PD-1 checkpoint inhibitors. But here, people who responded well had more Bifidobacterium—as the researchers previously saw in mice.

In the third study, Zitvogel’s group looked at the association between PD-1 checkpoint inhibitor response and gut microbes in people with advanced bladder, kidney or lung cancer. Stool analysis showed that responding patients had higher levels of Akkermansia muciniphila bacteria.

A study presented at this year’s International Liver Congress showed a similar relationship for liver cancer. Greater gut bacteria diversity was associated with better response to Opdivo in people with hepatocellular carcinoma. The dominant types of bacteria also differed, with responders having more Burkholderiales species while nonresponders had more Aeromonadaceae bacteria.

Together, these findings suggest that an individual’s microbe composition could potentially be used to predict who will respond to immunotherapy.

“Profiling the gut microbiome of patients going on immunotherapy might give us insight into the likelihood of response,” Wargo says. “Gut biomarkers could be really useful in the era of precision medicine.”

If having too few types—or the wrong types—of bacteria in the gut is associated with cancer progression and poorer treatment response, one might think it would be easy to turn things around by fixing the microbiome. This potentially could be done by adding prebiotics (undigestible plant fiber that feeds good bacteria in the colon) or probiotics (foods or supplements that contain live beneficial bacteria) to the diet or by transplanting gut bacteria from responders.

But it turns out things aren’t so simple. Observational studies have yielded clues about how to—or how not to—alter the microbiome to improve treatment response, but many questions remain unanswered. “There’s been incredible progress in understanding the microbiome since 1683”—when symbiotic microbes were first described—“but still not much more is known about how to prevent or correct problems,” says Trinchieri.

Consider antibiotics, which can kill off both good and bad gut bacteria. Zitvogel’s team found that people who used antibiotics shortly before or during treatment did not respond as well to checkpoint inhibitors. Antibiotic recipients had both reduced progression-free survival and shorter overall survival.

At a recent immune oncology symposium, David Pinato, MD, PhD, of Imperial College London, confirmed the detrimental effect of antibiotics. In a study of nearly 200 people with various types of cancer, those who received antibiotics within 30 days of starting therapy had poorer response to checkpoint inhibitors, worse disease progression and shorter survival. “As oncologists, we’re used to doling out antibiotics like opioids, but we need to consider the microbiome,” Ami Bhatt, MD, PhD, of Stanford University, said at the meeting.

These findings suggest that people treated with immunotherapy should be cautious about using antibiotics. But that doesn’t mean using off-the-shelf probiotics to counter their effects is a good idea.

For one thing, evidence to date doesn’t definitively answer the question of which microbes should be supplemented, as various research teams have found different bacteria to be associated with good response. “The different studies that have identified bacterial response signatures don’t have a lot of overlap,” says Wargo. “What is the secret sauce?”

At this year’s AACR meeting, Christine Spencer, PhD, formerly a member of Wargo’s team and now at the Parker Institute for Cancer Immunotherapy in San Francisco, reported that melanoma patients who used probiotics—just over 40% of the study population—had lower gut bacteria diversity and were 70% less likely to respond to PD-1 checkpoint inhibitors.

The researchers suggested that probiotics could lessen bacterial diversity—and this diversity, more than specific strains, may be the key to good response. Many commercial products contain only one or a few bacteria species, which could reduce diversity. Some purveyors sell combination probiotics, but experts don’t yet know enough to say what’s the best mix.

“Over-the-counter probiotics could actually lower your microbiome diversity and lower response to immunotherapy,” says Jennifer McQuade, MD, of the MD Anderson team. “So outside of a clinical trial with targeted supplements, we are definitely recommending against routine probiotic use.” 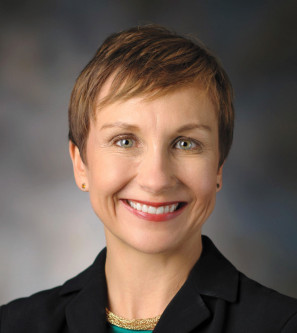 Instead of supplements, experts—including AACR and the American Cancer Society—advise eating a healthy diet with plenty of plant-based foods and less meat, processed products and added sugar.

In Spencer’s study, people who ate more whole grains, fruits and vegetables had more gut bacteria associated with favorable treatment response, while those who ate more sugar and processed meat had less beneficial bacteria. What’s more, people who ate a high-fiber diet were five times more likely to respond to checkpoint blockers than those who consumed little fiber.

“The gut microbiome plays a big role in moderating the immune system, so the idea that we could potentially change the microbiome to improve response to immunotherapy treatment is really exciting,” Spencer says. “It’s likely the overall diet and dietary patterns that matter here. So eat your high-fiber foods—lots of different kinds and lots of them.”

Many studies are now under way to learn how to safely alter the microbiome to improve treatment response.

One approach is fecal microbiota transplantation (FMT)—which is just what it sounds like, preparations made from the stool of healthy individuals administered via enema or oral capsules.

In the studies described above, fecal transplants from responding patients to germ-free or antibiotic-treated mice led to the migration of T cells into tumors and slower cancer growth. Research in people with cancer is still in its early stages, but recent results from Trinchieri’s team and another group in Israel showed that people who received donated stool from good responders along with checkpoint blockers had increased T-cell activity and experienced tumor regression.

Research now under way includes clinical trials in which participants receive standardized prepared meals or customized supplements. Both the MD Anderson and the University of Chicago groups are testing supplements containing selected bacteria linked to good response in their respective studies. And several companies are exploring this potentially lucrative field.

“If we really want to think of food as medicine, then we need rigorously controlled studies to see if we can change outcomes with dietary interventions,” says McQuade. “We can’t change our genetics, but we can change our microbiome.”

While much remains to be learned about the optimal diet for people receiving treatment for cancer, experts offer the following advice.

To learn more about eating well when you have cancer, visit dietitian Daniel Penick’s blog.