Building or toning your muscles by pumping iron can help prevent type 2 diabetes, and it can reduce the risk of death for those who already have the blood-glucose condition, according to a new study published in the Archives of Internal Medicine and reported by Time.com.

For the study, researchers observed about 32,000 American men every two years for 18 years to determine how different forms of exercise influenced diabetes risk. Participants either performed aerobic activities, lifted weights or did no exercise. Of those in the study, 2,278 men developed diabetes.

Findings revealed that men who exercised with weights for a half hour each day were 34 percent less likely to develop type 2 diabetes compared with men who didn’t pump iron. What’s more, men who combined weight lifting with a daily half hour of aerobic activity, such as jogging or fast-paced walking, reduced their risk of developing type 2 diabetes by 59 percent.

According to scientists, lifting weights may help boost the body’s metabolism, reduce insulin resistance and even improve blood-sugar control. “We found that weight training is beneficial for [reducing] diabetes independent of aerobic exercise,” said Frank Hu, MPH, a professor at the Harvard School of Public Medicine and a study coauthor.

In addition, exercise also may reduce the risk of death for patients who are living with type 2 diabetes. Doctors believe that people living with diabetes and at risk of it will have an easier time introducing exercise into their daily routines if they have a variety of exercises to choose from. If someone doesn’t want to do aerobic exercise for whatever reasons, weight training can be an alternative.

But whichever exercise combo you prefer, get moving and do something. Hu said that, generally, the most effective exercise routine for lowering diabetes risk appeared to be regular weight lifting combined with an aerobic workout.

Did you know that a man’s inability to get or maintain an erection is often linked to type 2 diabetes and cardiovascular disease? Click here to read more about how research links sex-related problems with diabetes. 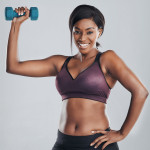 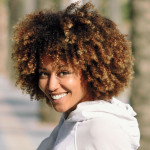 Have More Fun While Being Active 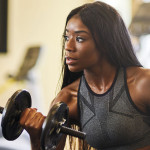