Twitter Banned My Company From Promoting Safe Condom Use

The CEO of Lucky Bloke seeks your support for a petition against Twitter prohibiting condom ads.

Twitter
Facebook
Pinterest
Tumblr
Email
Advertisement
Do condoms scare you? I didn’t think so. Millions of people benefit from the protection they afford. But apparently those neatly packaged, life-saving devices scare the pants off of Twitter—the $250 million social networking powerhouse—much in the same way an assault rifle or a hate group does.

Lucky Bloke, where I am founder and CEO, has been inundated for months with emails from “Twitter for Business,” urging us to try out Twitter Ads and turn our followers into customers. So finally, this April, we decided to take the Twitter ad team up on their oft-repeated offer and give sponsored tweets a try. It seemed like a fantastic opportunity to amplify what we do best: help people find better fitting condoms—which allows for a safer, more pleasurable experience with condoms and thus increased condom use.

We quickly learned that using sponsored tweets wasn’t going to be easy.

To advertise, you select a recent tweet and submit it to be promoted.

So we selected this one:
Seemed innocuous enough. So we were rather surprised to receive the following reply from Twitter:
Could it be that while the Twitter Ads team was courting us, Twitter corporate had vowed to keep their users safe from the “danger” of advertising condoms?

I headed over to Twitter’s ad policies, hoping to make at least some sense of Twitter’s puzzling position on condoms. There, Twitter states that they organize their policies around six basic principles.

And, wait for it…

Twitter’s guidelines state that condom ads are allowed in the United States (and, according to a Twitter spokesperson, at least a few condom companies have used promoted tweets), but, confusingly, “contraceptives” are ranked with the Ku Klux Klan, meth, and AK-47s.

Obviously a degree of gatekeeping is required when dealing with threats to social well-being—such as hate groups, drug pushers, and arms dealers.

However, it is a different matter entirely to stifle the promotion of basic, vitally important health products such as condoms.

The social network’s lawyers were sly enough to include an ambiguous caveat to the policy stating that in some circumstances condom advertising may be restricted (rather than prohibited). Yet, as our entire account was deemed ineligible to participate in the entire Twitter Ads program, I can only surmise that this might be a place for Twitter to wriggle rather than provide a feasible way to advertise. As you can see, their proclamation of our ineligibility was in black and white.

The United States’ own Food and Drug Administration classifies condoms as a medical device—not an X-rated product—making Twitter’s stance appears even more absurd from a global perspective, especially when you consider that there is no age restriction limiting condom purchase in the United States, Europe, Canada, Australia, or Japan. In fact, in Japan, which has one of the lowest rates of unintended teenage pregnancy in the world, anyone can purchase condoms at public all-age vending machines.

The point is, condoms save lives—and removing stigma will save more lives. This is not avant-garde or edgy positioning. Condoms are a necessary health item globally.

The choice to use a condom is one of those responsible decisions that doesn’t always come easily. Although most people would agree that condoms are essential for protection, negotiating condom use and using them consistently and correctly remains a challenge. Outdated myths—such as “one size fits all”—and lack of knowledge about how to successfully choose condoms that are the right fit and size baffle many people into a lackluster relationship with protective sex. This condom conundrum inevitably puts both inconsistent condom users and their partners at risk.

Condom advocates have it hard enough without also having to deal with the kind of outdated, nonsensical stance that Twitter’s ad policy implicitly supports. These policies become increasingly important, as social networks are becoming important advertising vehicles for businesses.

But I still believe in Twitter. I believe in the promise Twitter made when it began in 2006, of connecting people and ideas around the world. Twitter CEO Dick Costolo put it well when he told Inc. Magazine that the site “utterly eradicates artificial barriers to communication.”

In this case, the artificial barriers that need eradicating are the very barriers Twitter itself has erected.

By removing prohibitions and undue restrictions on advertising condoms, Twitter can play a supportive role to improve the lives of their millions of users, while also empowering public health dialogue, with the potential for huge positive social impact.

It’s time the social network giant acknowledged condoms for what they are: a necessary, safe, socially acceptable way for people to protect their health. Twitter has the powerful opportunity to show the world that in this day and age, it’s essential to move beyond misguided attempts to marginalize and stigmatize condom use.

What a beautiful way to truly keep users safe.
Melissa White is the CEO of Lucky Bloke, a condom company. Click here to sign a petition against Twitter prohibiting condom ads. Use the hashtag #tweet4condoms and the shortened URL bit.ly/LBpetition for related tweets. This article was originally published on RH Reality Check. 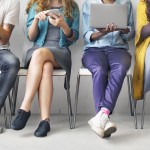 Can Tweets Identify Folks at Risk of Bipolar Disorder?

Tweeting and Checking Emails More Irresistible Than Smoking and Drinking 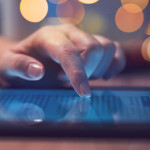