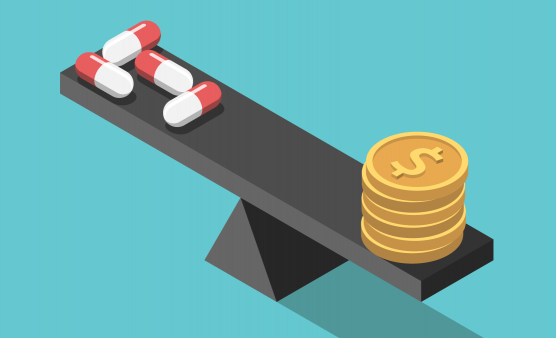 Some state Medicaid programs and prison systems still restrict treatment based on substance use or stage of liver disease.

People who rely on Medicaid and prisoners in some states are still being denied treatment for hepatitis C because they do not yet have advanced liver disease or because they use alcohol or drugs, according to recent reports.

Over years or decades, chronic hepatitis C virus (HCV) infection can lead to serious liver complications, including cirrhosis, liver cancer and the need for a liver transplant.

Modern direct-acting antiviral (DAA) medications can cure hep C in more than 95% of people who receive treatment. Before the approval of these medications, the standard of care was interferon-based therapy, which usually had to be taken for six months to a year, caused difficult side effects and only cured about half of treated patients.

Because of the challenges of the old therapy, treatment was often restricted to people who had already progressed to advanced liver disease and those who were being managed by a liver disease specialist and was withheld from those who continued to use, or had recently stopped using, alcohol or recreational drugs.

Today, treatment guidelines recommend that all people with acute or chronic HCV infection should receive treatment, except for those who have a short life expectancy for other reasons. Studies have shown high cure rates for people who use drugs and have demonstrated that treatment can be successfully managed by primary care providers. But DAA drugs are expensive, and many people still do not have access to them.

Last month, a group of Medicaid recipients filed a class action lawsuit alleging that the Texas Health and Human Services Commission is restricting coverage of hepatitis C treatment to those who have already developed severe liver damage. The plaintiffs claim that the restriction violates the federal Medicaid Act and is not consistent with current standards of care.

“At the end of the day, Medicaid coverage is supposed to be governed by medical reasons, not fiscal concerns, especially in the circumstances here where there is no other equally effective treatment available,” the group’s lawyer, Kevin Costello of the Center for Health Law and Policy Innovation (CHLPI) at Harvard Law School, said in a statement.

More than half of states still restrict access based on liver disease status, substance use or the type of doctor prescribing treatment, according to the State of Medicaid Access report from CHLPI and the National Viral Hepatitis Roundtable.

Texas is among the most restrictive states—earning a D+ grade in the report—and is one of the few that continue to deny treatment for people who have not yet developed advanced liver disease. Iowa recently removed a disease severity restriction, bringing its grade up from a C to a B-. Some states have loosened their restrictions after similar lawsuits, but legal action is ongoing in several others.

The Texas plaintiffs argue that the cost of DAAs have come down thanks to new competitors, notably AbbVie, offering effective treatment options in a market that was previously dominated by Gilead Sciences.

The lawsuit notes that the wholesale price for DAA treatment has dropped from as high as $94,000 during 2013 to 2014 to as low as $20,000 today. Companies offer deep discounts to state Medicaid programs, but these prices are typically not publicly disclosed. The plaintiffs also argue that curing hep C before a person develops severe liver complications could provide substantial savings in the long run.

In August, CHLPI urged the U.S. Department of Justice (DOJ) to act against discriminatory barriers to hepatitis C treatment in Medicaid programs and correctional health facilities, citing new research showing that treatment restrictions based on alcohol or drug use violate the Americans with Disabilities Act.

According to the August 1 State of Medicaid Access update, 13 states still deny treatment to Medicaid recipients based on their alcohol or drug use.

“Sobriety restrictions effectively feed this communicable disease, and they are especially damaging in the midst of the COVID-19 pandemic that places people with chronic conditions at greater risk and in the middle of the opioid epidemic that is strongly linked to an increase in HCV prevalence,” CHLPI faculty director Robert Greenwald said in a press statement. “Preventing care for patients with HCV who have a history of substance use disorder is illegal. We want to work with the DOJ to remove these harmful restrictions, but we are also committed to pursuing litigation if discrimination persists.”

CHLPI stresses that treating hepatitis C is also an effective form of prevention, as those who are cured can no longer pass on the virus.

“HCV is curable and preventable, and no one deserves to be denied effective treatment,” Greenwald added. “If we are going to stop the spread of HCV infection in the United States, it is critical that we expand access to DAA treatment to all who need it.”

Prison systems are a key battleground for treatment access, as incarcerated people have a high rate of hep C compared with the general population.

In late August, a federal appeals court sided with the Florida Department of Corrections in a class action lawsuit about treatment restrictions.

As the Miami Herald reported, a federal judge in 2019 ordered the state to provide treatment for all prisoners, citing a “long and sordid history of neglecting inmates who have hepatitis C infections.” But an 11th Circuit Court of Appeals panel voted 2–1 to overturn that ruling, saying the state is not obligated to treat inmates with early-stage liver disease.

The majority judges maintained that the Eighth Amendment, which bans cruel and unusual punishment, does not require that prisons offer medical care that is “perfect, the best obtainable, or even very good,” as long as it avoids providing care that is “so grossly incompetent, inadequate, or excessive as to shock the conscience or to be intolerable to fundamental fairness.”

They also ruled that prison officials may take the cost of treatment into account. “Every minute of every day, ordinary Americans forgo or delay beneficial—and even life-altering—medical treatment because it’s just too expensive,” Judge Kevin Newsom wrote. “What a topsy-turvy world it would be if incarcerated inmates were somehow immune from that cold—and sometimes cruel—reality.”

The AIDS Institute, which also advocates for people living with hepatitis C, blasted the ruling.

“This ruling plays games with inmates’ lives,” AIDS Institute manager of hepatitis advocacy Frank Hood said in a press statement. "Liver damage from HCV is irreversible. Not only is treatment the conscionable action to take, it also helps people lead longer, healthier lives; prevents new cases of HCV; and reduces overall medical costs for the state, as untreated HCV can lead to chronic liver disease, liver cancer and death.”

"With the nation in the grip of a global pandemic that has worse outcomes for those living with chronic liver disease, Florida should focus on increasing HCV treatment, not fighting in court to preserve its right to let more people get sick,” added AIDS Institute deputy executive director Rachel Klein.