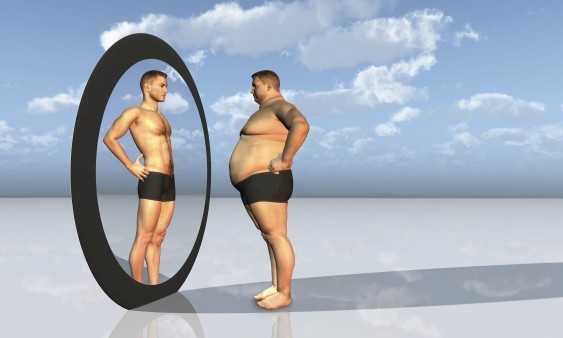 Visualizing the way you’d like to look can help you shed weight.

OK, so you’ve tried every diet that’s crossed your path: no-carb, high-protein, low-sugar, no-fat. The list of weight loss programs goes on. None seems to work. What’s more, you also watch your portions and exercise, but the scale never drops to the number you want. If you’re losing hope, don’t. There’s one more piece of the puzzle that may be just what you need to achieve your weight loss goal: Refocus your mindset like Lionell Dixon did when he had pounds to pare off.

When he was 20, Dixon, a South New Jersey resident, went to Miami on vacation with some friends. The vibe of the sun-splashed city triggered a reaction in him. “I thought about life in general and how young I was and being that overweight,” he says.

At his heaviest, Dixon tipped the scales at 315 pounds. But he was determined to trim down. “When I returned from Miami, I gave myself two weeks and hit the gym. I lost 70 pounds in three months.”

Dixon dropped an additional 20 pounds in one year. But his weight loss didn’t stick. “After three years, my weight went back up to 230 pounds,” Dixon says. “I vowed to get rid of it once and for all and do something to help other people who were trying to lose weight.” 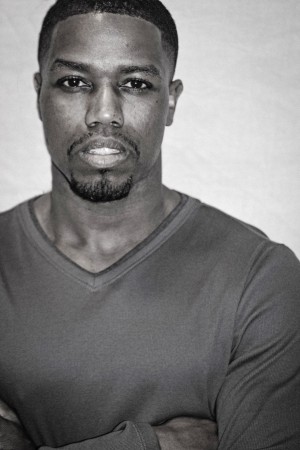 Lionell Dixon wrote a book about his weight loss journey titled Lonnie Fresh: The Lionell Dixon Story “Out of the Shadows” that’s currently available on Hollismedia.netCourtesy of Lionell Dixon/Ryan Brennan

Today, more than two thirds, or nearly 69 percent, of American adults are considered to be overweight or obese. Each year, surveys attempt to solicit people’s viewpoints on weight loss and their efforts to shed pounds. Their opinions about the importance of losing weight run the gamut from complacency to agitation. But researchers note one consistent finding: During the past several years, the prevalence of being overweight or obese has grown in the United States.

Many individuals, like Dixon, are committed to losing weight. But the big problem is that weight loss requires sustained motivation to make behavioral changes we stick with for the rest of our lives. This is when the effort to slim down must move beyond the physical.

Like many experts, Kenneth Schwarz, PhD, author of a special report titled “Using Psychology to Lose Weight Because Dieting and Exercise Alone Don’t Work” and founder of the website MariasLastDiet.com, supports the view that using psychological strategies to lose weight makes trimming down much less difficult. He believes that dropping pounds isn’t just about reducing calorie intake and exercising more. “It is never just about the food,” he says.

This is the formula Dixon used when he included behavioral changes in his weight loss strategy. He learned better ways of managing stress and coping with the emotional and everyday problems of life.

“It takes using psychology to lose weight,” Schwarz says. “There is always a connection between feelings and food, and that should be enough to show how necessary psychology really is if you want to lose weight.”

Indeed, many psychologists agree that to successfully lose weight, motivation has to be very high. Additionally, changes in behavior must be made to help keep off the pounds. These mental health experts suggest psychologists be incorporated into a weight loss strategy to evaluate our weight management history and goals. The strategy should evaluate an individual’s medical history, current personal life and social support network of family and friends, says the American Psychological Association (APA).

The APA says “learn[ing] about your habits and attitudes about food, eating, weight loss and body image that may not support your health goals” can help psychologists identify unhealthy beliefs and behaviors that can sabotage your efforts to lose weight. For example, do you feel the need to eat dessert after a meal? Or do you continue to eat when you’re no longer hungry? These typically unhealthy behaviors are psychologically rooted and must be addressed for lasting weight loss, the APA explains.

When Dixon regained the weight he’d lost, he was forced to focus on his behavior. He knew he needed to remain supermotivated to avoid slipping back into bad habits. “In my mind, I accepted that I wasn’t that 315-pound guy anymore,” he says. “I realized that anything I wanted to do just required I put my mind to it and visualize myself attaining a goal I was willing to work very hard to achieve.”

“The weight loss process demands a lot of you,” Schwarz says. “You are expected to build confidence and regain lost confidence.”

When he decided to lose the weight he’d put back on, this time Dixon consciously embraced his new lifestyle.He’d finally learned how to understand and manage the thoughts and behaviors that previously had derailed his success.

Now, Dixon comprehends the psychological processes involved in losing weight, and he’s able to share what he’s learned with others who come to him asking for advice. One tip he swears by is visualization, a training technique that uses the power of the mind to help individuals achieve their goals.

“When it came to visualization, I found myself doing it all the time—in the shower, at work, in the car, in the doctor’s office, in the gym,” he explains. “I even created a goal board, cut out a picture of a body that I was working so hard to get and even put my face over the top of that body as if it was already mine.”

Once Dixon programmed his mind for weight loss success, “dropping pounds was very easy, even though doing so took some time,” he says.

Besides the weight loss and the confidence boost that Dixon got from changing his lifestyle, he enjoys additional psychological benefits, such as being able to wear whatever clothes he wants. “Now, I don’t worry that other people are going to look at me and think all the wrong things,” he says. 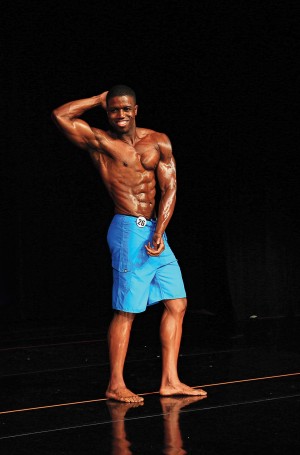 But while the changes Dixon experienced were very positive, he noticed that some folks displayed a disturbing negative response to his weight loss. “Although most people were positive, some others couldn’t seem to believe I’d lost the weight on my own by changing my eating habits, and they started spreading all kinds of rumors,” he says. “Some people said I had surgery, and others claimed I had AIDS.”

Dixon takes the negativity in stride, saying he believes that people need a way to cope with their own failings. “I tell people we’re all capable of doing great things,” he says. “But it’s up to us to decide if we’re going to do something or not.”

Interestingly, Dixon says many of these same people come to him for advice. “I’m a very forgiving person, so I accept them,” he says. “I feel that I’m actually inspiring a lot of people, even those who made fun of me.”

Those who laughed at Dixon were perhaps quieted last year when he received media attention as a fitness and weight loss role model. Philadelphia’s Channel 6 Action News profiled his weight loss journey and his foray into competitive bodybuilding under the moniker “Lonnie Fresh.”

At the time his story aired, Dixon had lost more than 150 pounds. He’d started posting pictures on Instagram and videos of himself training on YouTube to show people just what he did to lose weight and become fit.

At this point, Dixon says his goal is to continue being an inspiration to people going through the same struggles he endured. But, he stresses, there’s always room for self-improvement.

“Today, I still suffer from some insecurities,” Dixon says. Well, that may be so, but one thing is clear, Lionell Dixon doesn’t weigh 315 pounds anymore.