You’d best be vaccinated because the July 2 release of Red Hot + Free, a two-disc upbeat compilation produced by Bill Coleman for Red Hot, the nonprofit that raises funds to fight HIV/AIDS, will make you want to hit the crowded dance floor this summer.

You can already bop to the lead single, the gospel-pop track “U Try Livin’ (Pressure)” by Black Guy White Guy and 808 Beach (watch the lyric video below), and the follow-up release “Mon Cheri,” a globe-spanning collaboration between SOFI TUKKER and Amadou & Mariam. The latter is sung in Portuguese, Bambara and French and was recorded virtually in Florida, Paris and Mali (watch the lyric video at the top of this article).

Red Hot launched its first AIDS benefit album, Red Hot + Blue in 1990, bringing together megastars, such as U2 and Blondie, to raise funds for HIV education and support grassroots activism. Since then, Red Hot has released 20 albums and raised $15 million for HIV/AIDS causes around the world.

The latest installment, Red Hot + Free, is in many ways a nod to the nonprofit’s 1992 compilation, Red Hot + Dance, which featured the smash hit “Too Funky” by George Michael as well as tracks by Madonna and Seal.

In fact, producer Coleman (aka Peace Bisquit) considers the new album a cousin to the 1992 release. He points to Billy Porter’s cover of “Caught in the Middle” for Red Hot + Free. “That, to me, brings it full circle without being overly nostalgic,” Coleman tells Entertainment Weekly. “‘Caught in the Middle’ is a ’90s house classic, but it hasn’t been played everywhere. It’s my little nod to Red Hot + Dance. We get a bit of that flavor, but freshened up for 2021.” 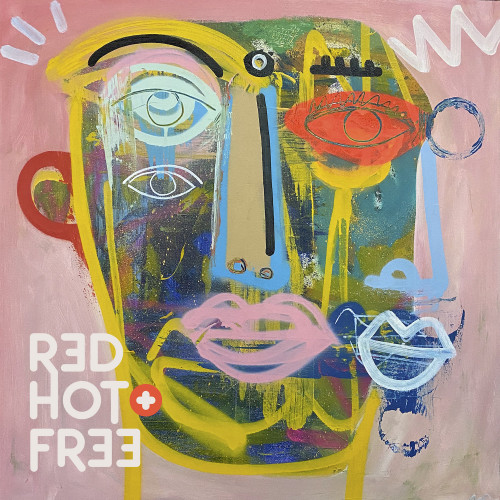 In other ways, EW notes, 2021 feels reminiscent of the early 1990s AIDS epidemic, with COVID-19 bringing fear, loss and anger to many Americans and shining a light on the health disparities affecting people of color.

Last year, to mark its 30th anniversary, Red Hot began releasing digital versions of albums in its vaults. To learn more, see “Red Hot Reissues of AIDS Benefit Albums From the 1990s,” which includes Neneh Cherry’s take on “I’ve Got You Under My Skin.”

Red Hot + Free is out July 2. Below is the full track list.