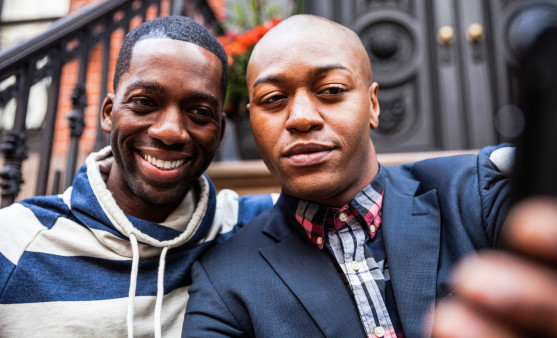 A grant from The Jewish Fund helps launch the Brother 2 Brother initiative.

The initiative is made possible in large part by a three-year grant from the Jewish Fund.

Brother 2 Brother consists of gatherings in which men can openly discuss sexual practices, relationship dynamics, racism, homophobia and other topics that influence their health and relationships.

“We are impressed with the organization’s thoughtful and focused outreach efforts and its motivation to address an issue that is often concealed within our community,” said Margo Pernick, executive director of The Jewish Fund. “LGBT Detroit has the leadership and track record to accomplish its objectives—we look forward to this exciting partnership.”

Black MSM are at particularly high risk for HIV. For more about that, read “Among U.S. Gay Men, Half of Blacks and 1 in 4 Latinos Projected to Contract HIV.”