Keeping AIDS in the Headlines

The executive director of Funders Concerned About AIDS asks: How can we ensure that the HIV epidemic has sufficient media “air time”?

In the days leading up to the United States Conference on AIDS (USCA) in Washington, DC — where thousands of stakeholders will gather to focus on the plan to end HIV in America — it’s worth considering how we can better leverage the media to raise awareness, ensure the facts are presented accurately, provide access to critical information, and hold our national leaders to account.

That last point is particularly important. In his 2019 State of the Union address, President Trump announced a new federal plan to end the HIV epidemic in the United States by 2030. To achieve that goal, the epidemic must be front and center in the national consciousness. At the moment, I am not sure that is the case. How often, for example, do we see HIV and AIDS in the media headlines? How can we ensure that, in today’s rapid-fire news cycle, the HIV epidemic has sufficient media “air time”?

Despite his words, the president’s actions run counter to the needs of those most impacted by HIV and AIDS; the populations most vulnerable to continued oppression, stigma, and structural barriers to treatment and prevention. Those of us who know how far we really are from that 2030 deadline can play a pivotal role in speaking truth to power and to informing the electorate of the challenges that lay ahead of us. The media is a critical tool that we can use to shine a spotlight on the issues, geographies, and, most importantly, people at the center of the epidemic.

There is another critical factor to consider: where attention goes, resources flow. My organization, Funders Concerned About AIDS (FCAA) tracks philanthropic funding for HIV and AIDS. The generous contributions of private philanthropy have helped drive incredible progress, both in the United States and around the world. Greater attention in the media, however, would help pave the way for this sector — as well as government appropriators — to build a case for continued and increased resources, and ensure grantmakers understand how the current HIV epidemic impacts their funding priorities and communities.

As USCA attendees gather in the shadow of the White House next week, we must consider the resources at our disposal. The president has set 2030 as the year we will end HIV in this country. However, overcoming barriers that limit access to tools and information in certain communities is no easy feat. The media can help us make these connections and identify opportunities to bridge these critical gaps.

FCAA will continue to explore how the media and philanthropy can collaborate to drive progress in the HIV response at the AIDS Philanthropy Summit in October. If you are a grantmaker whose work intersects or prioritizes any of the issues listed above, we encourage you to join this important conversation.

John Barnes is executive director of FCAA, the leading voice on philanthropic resources allocated to the global AIDS epidemic. For nearly 30 years, Barnes has worked in government, nonprofit and corporate settings, and with community-based organizations, to serve people with HIV/AIDS and other critical illnesses. 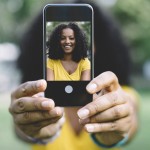