Jennifer Esposito knew something was wrong with her, but it took almost 20 years to find the cause of her declining health and mysterious symptoms: celiac disease and gluten.

Click here to read a digital edition of this article.
Arguably one of the most harrowing passages in the memoir Jennifer’s Way is when doctors at a New York City hospital locked actress Jennifer Esposito in a psych ward because they misunderstood the symptoms she was exhibiting. Esposito was having a panic attack that, it turned out, was brought on by a nutritional deficiency resulting from celiac disease. When she made an offhand remark saying she felt like she wanted to jump out the window, the hospital staff thought she might be suicidal.

“I was thinking, like, this cannot be real right now,” she recalls. “And this was in NYC with great doctors, and it was…I was blown away.” The ordeal was a turning point. “That was the pivotal moment. After that, I said, Something is very wrong here. This does not make sense, and I need to do something.”

Fortunately, Esposito wasn’t alone during the episode. Her dad was there, and he was able to get his daughter released. “Look, if my father was not with me, I surely would have never made it out of that experience,” she says.

It turns out the culprit behind her symptoms was celiac disease, an autoimmune and digestive illness that results when the body can’t digest gluten, a protein found in grains such as wheat and rye. In her book, the actress from Crash and Spin City recounts her journey with the disease and into healthy eating and advocacy.

According to the American Journal of Gastroenterology, celiac disease affects about 3 million Americans, but it often takes several years before a proper diagnosis is made. Why is that? Esposito learned the answers the hard way.

“These symptoms range all over the map, so if a doctor is hearing [patients say, ‘I have a] headache and backache,’ they’re not going to automatically think of celiac disease,” she says.

Peter H.R. Green, MD, director of the Celiac Disease Center and the Phyllis and Ivan Seidenberg professor of clinical medicine at Columbia University in New York City, confirms that Esposito’s difficulty getting a correct diagnosis isn’t an uncommon story, even though the illness isn’t hard to diagnose once it’s suspected as the culprit. One big problem, Green says, is that celiac disease isn’t on most doctors’ radars. “Patients usually have a long period of symptoms and see many different doctors before someone thinks about the disease and tests for it,” he says.

The tests for celiac disease are widely available blood tests that specifically screen for celiac disease antibodies. But the most sensitive and commonly used test, whether symptoms are present or not, is the tTG-IgA (tissue trans­glu­taminase antibodies) test. Positive results are confirmed through other antibody tests, genetic testing or an endoscopic biopsy.

Despite these tests, however, Green says the United States has one of the lowest rates of diagnosis compared with most other developed countries because, by and large, physicians lack awareness about the disease.

The amount of time it takes for celiac sufferers to get a correct diagnosis is “disgustingly long, so Jennifer’s story is, unfortunately, not that unusual,” Green adds. “And the long duration of disease and symptoms can always take its toll on people—emotionally and physically.”

Certainly this was the case for Esposito. “I’d been treated for a phantom parasite that was never actually found, tested for every disease in the book, and after every test, I always got that look,” Esposito says in her book. “That ‘it might just be in your head’ look. And then, the prescriptions and the referral to the therapist. Always the therapist. Always the implication.”

Finally, after seeing a number of specialists, including a gastroenterologist (a digestive disease expert), one doctor thought to test Esposito for celiac disease.  Her blood test result was the aha moment Esposito craved. 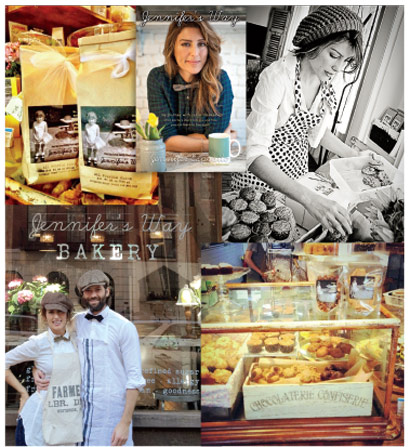 But knowing what was wrong didn’t solve the problem. Eventually, celiac cost Esposito her role on the popular TV series Blue Bloods. But Jennifer regards that difficult time in her life as a turning point. She’d been writing a blog about how she’d been handling celiac and everything she’d learned about the illness, but after that career blow she wanted to do something “more proactive.” That’s when she decided to open Jennifer’s Way, a gluten-free, dairy-free, soy-free, peanut-free, allergy-friendly organic bakery, located in New York City’s East Village.

The bakery was a way for her to help other people with celiac disease manage their illness. Esposito considers herself a fighter, so moving into advocacy came easily to her. “I don’t know where I get the strength, and I want to tell myself to stop, stay down, you’ve been hit, but for some reason I come back up swinging,” she says. “It is what it is, and I’m grateful for it. I do need to take care of myself, and this has become such a driving passion for me. When I get the letters from kids who are sick and parents talking about their children—or themselves because they’re sick—and they’re not getting the correct help, that fuels me to keep moving.”

One way for celiac sufferers to get help is for doctors to become more educated about the illness. But Green says “it’s very hard to educate physicians after they stop learning.”

Still, the “word is getting out,” he says, especially among the more recent medical school graduates. Green stays busy on the lecture circuit talking to gastroenterologists about celiac. But he says “part of the mode of diagnosis for celiac disease also involves general internists and family care doctors.

“Jennifer’s story is very good to get out there because it’s a classic example of a patient going to a doctor and saying, ‘Look, I need help,’ and [the doctor doesn’t] look under the right stones.”

For people who suffer from celiac, even the meds docs prescribe are suspect. Gluten can be found in medications too. “That’s why when you have to take a medication—and I try not to take anything—you really have to go beyond the pharmacist,” Esposito stresses. “Call the manufacturer.” And that’s even if you’ve taken the medicine before because formulations change. “You can’t just assume it’s OK,” Esposito cautions.

And if you’re experiencing symptoms you think might be related to celiac disease, Green advises getting tested for it. “That’s much better than just going on a gluten-free diet,” he says. “If you have celiac it’s important to get the diagnosis because you need to have very specific management for the disease.”

Today, Esposito is much better, but she continues to get checkups on a regular basis. “I still have a bit of trouble absorbing certain nutrients,” she says. “Every couple of months I get blood work done just to see where I’m at because things change with this disease. That’s what’s so crazy.” 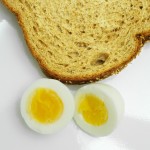 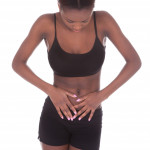