Hysterectomy Is Not the Only Option for Women With Uterine Fibroids

Two well-studied standard treatments provide effective relief from some of the most common problems women with uterine fibroids face.

Although uterine fibroids affect nearly 20% to 80% of women by age 50, many women are unaware of effective treatments for the condition besides hysterectomy, an invasive procedure some doctors still recommend to resolve the health issue. But study findings published in the Journal of Women’s Health found that uterine artery embolization (UAE) and magnetic resonance imaging(MRI)–guided focus ultrasound surgery (MRgFUS) can shrink fibroids and reduce the resultant enlargement of the uterus, which helps to greatly improve uterine fibroid symptoms, reports ContemporaryOBGYN.net.

Usually noncancerous, uterine fibroids are tumors that cause women to experience such problems as prolonged periods, heavy menstrual bleeding, pain in certain areas of the body, painful sex, an increased need to urinate, constipation or bloating, and an enlarged stomach, among other issues.

For the study, researchers evaluated images from the Fibroid Interventions: Reducing Symptoms Today and Tomorrow (FIRSTT) clinical trials. Between 2010 and 2014, the study recruited 37 premenopausal women with uterine fibroid symptoms who were treated with either UAE or MRgFUS at the Mayo Clinic in Rochester, Minnesota.

At 24 months, 25 individuals from among the total participants had follow-up MRIs: 11 were treated with an embolization and 14 with ultrasound surgery. At 36 months, 15 of these 25 volunteers had another MRI: seven had received UAE treatment and eight MRgFUS.

Of the 37 women, at 36 months, nine underwent a second procedure for fibroids. Two of these women had had an embolization and seven had opted for ultrasound surgery.

Interestingly, more women who were treated with UAE (92%) than those who took MRgFUS therapy (10%) experienced a bigger reduction in uterine size and blood flow directed to areas of fibroid tissue, which is calculated by nonperfused volume ratio. (This measurement of the quantity of fibroid tissue in the uterus without blood flow after treatment is the gold standard for predicting long-term tumor volume reduction and relief from uterine fibroid symptoms.)

“Comparative effectiveness trials for uterine fibroids are important to provide women and providers data to make informed choices,” said Shannon Laughlin-Tommaso, MD, MPH, an associate professor and chair of gynecology at the Mayo Clinic and the senior author of the study. “In our prior work, we reported outcomes for both symptoms and the need for additional treatments. In the current study, we report the imaging outcomes. This is a major interest to patients because ultrasound is employed to monitor fibroid treatments.”

As in this study, early findings from FIRSTT showed that women who underwent MRgFUS required more treatment for recurring fibroids.

“Many variables impact treatment choice, including age, fibroid symptoms, number and size of fibroids and ovarian function,” Laughlin-Tommaso explained. “Therefore, UAE may be better for some women and MRgFUS for others.”

But the key takeaway is that these effective therapies are viable alternatives to hysterectomy.

“Our study demonstrates that both treatments offered good size reduction in the fibroids,” concluded Laughlin-Tommaso. 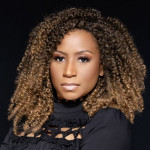