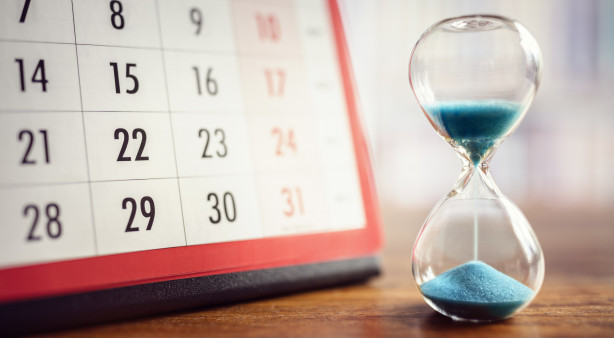 Having HIV can speed up the aging process by up to five years, underlining the importance of early diagnosis and treatment.

HIV substantially speeds up aging at the cellular level within the first few years after acquisition of the virus, researchers at the University of California (UCLA) report in iScience. These findings underscore the importance of early diagnosis and prompt treatment of HIV.

The team observed that during the first two to three years after infection, HIV-positive men’s DNA showed evidence of aging up to five years faster than a comparable group of men who remained HIV negative.

Elizabeth Crabb Breen, PhD, a professor emerita at UCLA’s Cousins Center for Psychoneuroimmunology and David Geffen School of Medicine, and her colleagues concluded that initial HIV infection is associated with significant changes in genomic aging, which might explain why people living with HIV experience aging-related illnesses earlier.

Over half of people living with HIV in the United States are over age 50. People aging with HIV face some unique challenges, even with treatment that lets them live longer, healthier lives. They are more likely to deal with coexisting conditions, like heart disease, kidney problems, frailty and cognitive decline, in addition to increased social and mental health concerns.

The UCLA scientists compared biomarkers of the cellular aging process over time in blood samples from 102 men who were diagnosed with HIV during the study and an equal number who remained HIV negative. They were able to measure cellular aging in samples collected six months or less before the men acquired the virus and again two to three years later.

The men were participants in the Multicenter AIDS Cohort Study, a large-scale study of men who have sex with men that includes regular blood draws, physical exams and mental health questionnaires. They were mostly white and college educated with an average age of 39. Most acquired HIV before 1995, and none were on effective combination antiretroviral therapy when the second blood sample was collected. All the men started with a median CD4 T-cell count of around 1,000, but this fell to approximately 600 for those who acquired HIV.

The researchers claim to be the first to track cellular aging at this scale over the course of initial infection in HIV-positive individuals.

“Our access to rare, well-characterized samples allowed us to design this study in a way that leaves little doubt about the role of HIV in eliciting biological signatures of early aging,” senior author Beth Jamieson, PhD, a professor at the Geffen School, said in a press release. “Our long-term goal is to determine whether we can use any of these signatures to predict whether an individual is at increased risk for specific aging-related disease outcomes, thus exposing new targets for intervention therapeutics.”

The focus of the study was epigenetic signs of aging, that is to say, which genes are turned on and off at different points in time. Four different epigenetic “clock” metrics based on DNA methylation, which determines gene expression, were used to evaluate how old someone’s genes looked compared to how they should look at a given age. These clocks are derived from hundreds of sites on the human genome.

Before initial HIV acquisition, the men in both groups had epigenetic ages that matched their actual chronological ages within a year without any significant differences between them.

But at the following visit, the men who contracted HIV showed significant aging according to three of the four epigenetic clock measures compared with those who remained HIV negative. Acceleration varied across the clocks: One showed a median 1.9 years of accelerated aging, while two others showed a median 4.8 years.

The authors also measured telomere length, one of the best-known genetic indicators of aging. Telomeres are caps on the ends of chromosomes that seal the DNA strands, like the plastic tips on shoelaces. Over time, telomeres progressively shorten as cells divide.

The research found that telomeres were significantly shorter in people who acquired HIV than would otherwise be expected. Other factors, such as smoking, poor diet and psychological stress, can also shorten the telomeres, according to the Centers for Disease Control and Prevention.

Prior studies have also seen an association between HIV and expedited telomere shortening. In  2020, another UCLA team found that antiretroviral treatment can slow but not stop the virus’s impact on cell aging.

Initial HIV infection explained the jolt in cellular aging even after demographics, health status and risk factors were taken into account, according to researchers. These additional factors included body mass index, hepatitis B and smoking. T-cell counts were also factored in, but they could not fully explain the epigenetic changes.

“These longitudinal observations clearly demonstrate an early and substantial impact of HIV infection on the epigenetic aging process and suggest a role for HIV itself in the earlier onset of clinical aging,” the study authors concluded.

Although the current study is the largest of its type, each group still consisted of just over a hundred people. All participants were men, and most were white, so the patterns might not be the same for women or people of color. In addition, since the HIV-positive men were not yet on effective treatment, the researchers could not consider the effects of antiretroviral therapy.

Still, the researchers hope to perform further research with the goal of predicting aging-related disease outcomes and developing interventions to slow aging among people living with HIV.

“Our work demonstrates that even in the early months and years of living with HIV, the virus has already set into motion an accelerated aging process at the DNA level,” said Breen. “This emphasizes the critical importance of early HIV diagnosis and an awareness of aging-related problems as well as the value of preventing HIV infection in the first place.”

Click here for more news about HIV and aging.