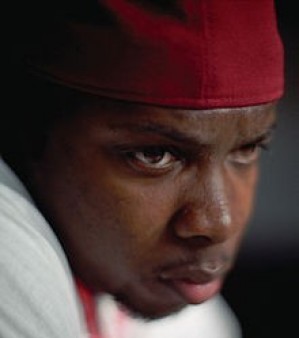 Taylor’s death shines a spotlight on the African-American community’s increased vulnerability to diabetes, a metabolic disease that affects how the body uses blood sugar. According to the latest stats from the U.S. Department of Health and Human Services, today, black adults are 80 percent more likely than whites to be diagnosed with the condition. In addition, African Americans are also twice as likely to die of the disease than whites.

Taylor, who had type 2 diabetes, founded A Tribe Called Quest along with his high school classmate Q-Tip in 1985. (Type 2 diabetes results when the body doesn’t produce enough of the hormone insulin to ferry glucose into the cells and sugar builds up in the blood.)

The rapper first went public about his condition in 1993 in the song “Oh My God,” in which he rapped, “When’s the last time you heard a funky diabetic?” And years later, in a 2011 documentary about the history of the group, Taylor remarked that an uncontrolled sweet tooth often aggravated his diabetes.

Doctors first diagnosed Taylor with diabetes in 1990 and put him on dialysis in 2000, which severely affected his ability to perform. By 2008, Taylor’s condition worsened, and he received a kidney transplant from his wife. Four years later, Taylor was reportedly back on the waiting list for another kidney, but he succumbed to diabetes-related complications on March 22, 2016.

For more tips on how to get and stay healthy with diabetes, click here.