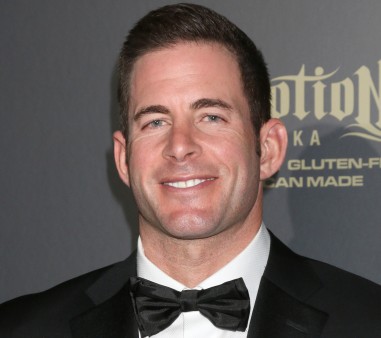 Recently, HGTV star Tarek El Moussa revealed his secret battle with both testicular cancer and thyroid cancer on an episode of the Today show. The celebrity decided to speak out about his battle with the two illnesses in order to help raise awareness and demonstrate that they’re both curable diseases, ETOnline.com reports.

Moussa, who co-anchors the reality TV home-remodeling show Flip or Flop, said he was diagnosed with thyroid cancer in 2013 after a fan wrote to the show and mentioned seeing a lump on the host’s neck. A few weeks later, the star learned he also had testicular cancer. At the time, he announced his struggle with thyroid cancer but decided not to go public about his diagnosis with the latter.

Thyroid cancer occurs when abnormal cells grow in the thyroid gland, a small organ located at the front of the neck that helps regulate the body’s hormones. The condition affects an estimated 64,000 new patients every year in the United States. (Testicular cancer is far less common and affects fewer than 20,000 American men annually.)

But thanks to an early diagnosis of both conditions, the remodeling guru said both cancers are now in remission. Moussa decided to disclose his diagnoses now because he has just found out that his stepfather is also battling testicular cancer and wanted to show solidarity.

“For me, the main reason I’m coming out is awareness,” Moussa explained in a recent interview with ETOnline. “I know that when I came out with thyroid cancer [in 2013] a lot of people found out they also had thyroid cancer. So I feel like it’s something I had to do.”

Moussa, who was married to his Flip or Flop costar, Christina El Moussa, before a highly publicized split earlier this year, continues to film the show and pursue his TV career.

Click here to learn more about thyroid cancer and its treatments.