This article from the HCV Advocate discusses important issues for women who are pregnant and considering hepatitis C treatment. 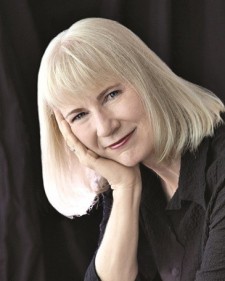 Of all the stories I hear, the most agonizing are those of mothers who have passed hepatitis C virus (HCV) to their children. Although the risk is relatively low that an HCV-positive woman will pass the virus to her baby (6 percent), it is tortuously high to those who carry the burden.  This risk is substantially greater if the mother is co-infected with HIV (approximately 11 percent and perhaps much higher).

This adds up to 4000 new hepatitis C cases in the U.S. every year. These 4000 hepatitis C infections are preventable, especially with the recent approvals of new HCV medications. Tragically, this preventable infection isn’t being prevented. Women of childbearing age are having problems getting the new hepatitis C drugs. If you want to know what the problem is, keep reading.

In the olden days (before 2014), hepatitis C treatment relied on peginterferon and ribavirin. Treatment was long, and these two drugs have many side effects, making them difficult to take. Ribavirin had an additional issue in that it could cause miscarriages and birth defects. This risk was so serious that the Food and Drug Administration (FDA) classified it in the Pregnancy Category X, and required ribavirin manufacturers to put this warning on the label:


Significant teratogenic and embryocidal effects have been demonstrated in all animal species exposed to ribavirin. Therefore, ribavirin is contraindicated in women who are pregnant and in the male partners of women who are pregnant. Extreme care must be taken to avoid pregnancy during therapy and for 6 months after completion of treatment in both female patients and in female partners of male patients who are taking ribavirin.

This meant that women had to make a difficult choice. Should they postpone having a baby for at least 72 weeks (48 weeks for the treatment plus the 6 months after)? Or, do they skip treatment, take a chance on pregnancy, and hope the odds will be in their favor that they do not pass HCV to the baby. If you were older, treating first might mean foregoing pregnancy altogether. Having babies first meant postponing treatment for many years since breastfeeding is not recommended while taking ribavirin. Also, the medication side effects are so intense that it is often suggested that women wait until their children are at least a few years old. I was such a wreck during my first treatment that I waited until my daughter was in college before I tried it again.

The “New” Days of Hepatitis C Treatment
Everything changed October 2014. The FDA approved Harvoni for genotype 1 patients. It was labeled Pregnancy Category B, which means, “Animal reproduction studies have failed to demonstrate a risk to the fetus and there are no adequate and well-controlled studies in pregnant women.”

In short, Harvoni could be used during pregnancy, but only if the potential benefit justified the potential risk to the fetus. There was the added benefit of shorter treatment of 8 to 12 weeks, so if a woman delayed pregnancy, she did not have to wait long. Also, the safety of breastfeeding was not determined, so nursing might or might not be dangerous.

Sovaldi is in Pregnancy category B, but it is used with ribavirin or Olysio. Olysio is Pregnancy Category C, which states, “Animal reproduction studies have shown an adverse effect on the fetus and there are no adequate and well-controlled studies in humans, but potential benefits may warrant use of the drug in pregnant women despite potential risks.” Olysio and Sovaldi would be a riskier proposition, but the risk is not as clearly dangerous as it is with ribavirin.

Now That We Can Easily Cure Hepatitis C, What’s the Problem?
The solution seems so simple: treat everyone who wants to be treated. However, the price of HCV treatment is so steep that many insurance companies and state Medicaid programs are denying treatment to patients unless they have advanced liver disease. Women who are pre-menopausal tend to have the least amount of fibrosis. This is because nature has a way of protecting women while they are fertile by giving them a hardier immune system. That benefit stops about the time we turn fifty, leaving us with graying hair and a deteriorating liver. (But, don’t mess with us because we are tough!)

So, if you are a young woman, it is unlikely that you fit the criteria for priority treatment. Although AASLD and IDSA assigned a higher priority to HCV-infected women of childbearing potential wishing to get pregnant, it looks like they were added in as an afterthought. Women of childbearing potential are at the bottom of AASLD/IDSA’s list, preceded by men who have high-risk sexual practices with other men, active injection drug users, incarcerated persons, and those on long-term hemodialysis. However,  except for the dialysis patients, the above groups are also routinely denied HCV treatment.

Lack of access to HCV treatment is immoral, but particularly so for fertile women. Treating women of childbearing age is both curative and preventive. I don’t see how insurers can live with themselves knowing that they can prevent 4000 babies from being born HCV-positive, or justify the anxiety caused to women when HCV treatment is denied.

Women and Injection Drug Use
The sad fact is that a large percentage of young women who acquire HCV did so via injection drug use (IDU). Since women are more likely to clear HCV spontaneously than men are, one would think that women who inject drugs are less likely to have hepatitis C than men. However, that is not the case.

A recent study found that female IDUs were significantly more likely to become infected with HCV than men were, most likely because of high-risk injecting behaviors. Women were significantly less likely to inject alone. Other risky injection practices included: injecting heroin/opioids, borrowing used syringes, reuse of a cooker previously used by another injector, injecting every day, pooling money with others to buy drugs, and having a steady IDU sex partner.

What Women Need to Know about Current HCV Treatments
If you are prescribed HCV treatment, and you are a woman who can still get pregnant, here is what you need to discuss with your medical provider:

Final Words
If you are a mother who has transmitted hepatitis C to her baby, please take these words to heart: Forgive yourself. Your child needs a strong mother, one who faces the truth, and is a role model for living bravely with hepatitis C.