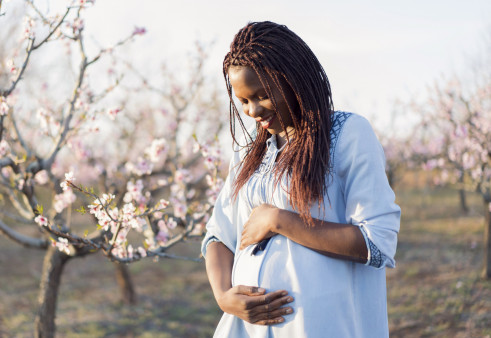 On December 29, the Department of Health and Human Services updated its HIV treatment and prevention guidelines for pregnant people and their infants. The update incorporates recent data on the safety of dolutegravir during pregnancy, allows for shared decision-making on breast feeding and adds a whole new section on pre-exposure prophylaxis (PrEP) for conception, pregnancy and breast feeding.

The Panel on Treatment of Pregnant Women With HIV Infection and Prevention of Perinatal Transmission regularly revises the guidelines based on new research in the field. The full Recommendations for the Use of Antiretroviral Drugs in Pregnant Women with HIV Infection and Interventions to Reduce Perinatal HIV Transmission in the United States are available for free at clinicalinfo.hiv.gov.

PrEP to the Forefront

New this year is a section on the use of PrEP to reduce risk of HIV before, during and after pregnancy. These guidelines list daily Truvada (tenofovir disoproxil fumarate/emtricitabine) as the first-tier regimen. Truvada, which is now available as a generic, is recommended across the life cycle of reproduction, from preconception to breast feeding.

Its cousin, Descovy (tenofovir alafenamide/emtricitabine), is not yet recommended as prevention for pregnant people, as the Food and Drug Administration’s approval of Descovy for PrEP excluded cisgender women and trans men for lack of research. But tenofovir alafenamide is listed as an option for the treatment of hepatitis B and HIV coinfection during pregnancy.

People desiring pregnancy who may benefit from PrEP protection include people in circumstances that are recognized as high risk, such as being in a relationship with an HIV-positive person with a detectable or unknown viral load, having recently had sexually transmitted infection or injection drug use. But it doesn’t stop there. Any potentially pregnant person who feels at risk for HIV should receive counseling on PrEP’s risks and benefits.

Because they have not yet been approved in the United States, other potential PrEP methods, such as a long-acting injectable version or a medicated vaginal ring, are not listed in these guidelines.

It’s been a rough ride for pregnant and potentially pregnant people interested in dolutegravir for HIV treatment. In 2018, preliminary data out of Botswana suggested that babies born to women who took dolutegravir may have an increased risk of neural tube defects. (Dolutegravir is marketed alone as Tivicay and included in the Triumeq, Dovato and Juluca single-tablet regimens.)

The risk, it turned out, was actually much lower than early data indicated, and the World Health Organization and other public health agencies reversed decisions to limit availability of dolutegravir for women who could become pregnant.

In 2020, U.S. guidelines did the same, moving dolutegravir from alternative to preferred status for people trying to conceive.

The updated guidelines continue to discourage people with HIV from breast-feeding their infants. But if a woman wants to breast-feed, providers should encourage shared decision-making, discussing all infant feeding options, including the evidence that does exist on breast feeding by women with HIV. Some of this evidence suggests that U=U—meaning people with an undetectable viral load do not transmit HIV—applies to breast feeding as well.

This move comes after discussion began at the 2017 European AIDS Conference about whether Undetectable=Untransmittable holds true for breast milk as it does for semen and vaginal secretions. In 2018, the Swiss government issued its own guidance, recommending against breast feeding but advising HIV viral load testing for mothers and infants if the parent wishes to breast-feed. (In 2020, the Swiss went further, asking, Breast Feeding for HIV-positive mothers in Switzerland: Are we ready to discuss?)

“When considering which ARV drugs to recommend for use in pregnant women (or women who may become pregnant), the Panel generally uses data from efficacy studies performed in nonpregnant adults,” the authors state. “However, because drug exposure can change during pregnancy, data from direct pharmacokinetic studies in pregnant women are required.”

In addition, for the first time, the guidelines introduce gender-neutral language to include pregnant people of transgender experience.

To that end, the guidelines are in line with last year’s updated Guidelines for the Use of Antiretroviral Treatment in Adults and Adolescents Living with HIV, which recommend gender-affirming care, using preferred pronouns and the use of gender-affirming hormone therapy when desired and includes information on those hormones’ interactions, if any, with ARVs.

“Many of the studies that informed these guidelines included only cisgender women and, as a result, data specifically relevant for transgender men and nonbinary people who are pregnant are often not available. Most sections of the guidelines, therefore, use the terminology ‘women,’” the panel writes. “The Panel continues to advocate for greater inclusion of transgender and non-binary people in research, and the Panel recommends a gender-affirmative model of care to ensure that services encompass and address the needs of transgender and nonbinary people who are pregnant or trying to conceive.”