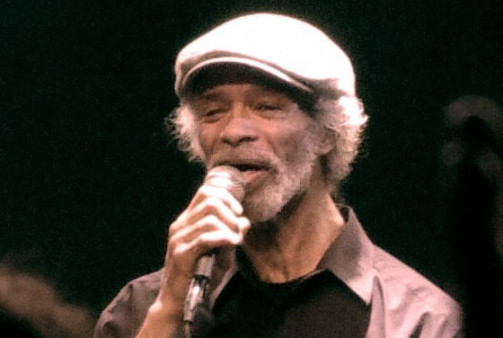 “The Godfather of Rap,” Who Had HIV, Is a Rock and Roll Hall of Fame Inductee

1971’s “The Revolution Will Not Be Televised” is among Gil Scott-Heron’s hits. He was HIV positive when he died in 2011.

Music pioneer and poet Gil Scott-Heron, known for hits such as 1971’s “The Revolution Will Not Be Televised” and who was HIV positive when he died at age 62 in 2011, will be inducted into the Rock and Roll Hall of Fame, reports Billboard.

Scott-Heron was inducted under the “early influence award” category. His style melded spoken-word poetry, jazz and soul with urban sounds. He influenced rap and hip hop to such a degree that he became known as “the Godfather of Rap,” a nickname he disavowed, preferring instead to refer to his musical style as “bluesology.”

He was open about his drug use—often writing and singing about the topic—and in 2008, Scott-Heron told New York magazine that he had been living with HIV for years. In a 2010 profile in Entertainment Weekly, he elaborated, saying that in between two prison terms he served, he received a call from an ex-girlfriend who informed him she was HIV positive and he needed to get tested. He did, and the results were positive.

After a long absence from the music scene, he released an album in 2009. The BBC caught up with him at the time; you can watch the two-part interview, including a summary of his career, in the videos above and below.

To read about other artists and celebrities living with HIV—including Magic Johnson, Freddie Mercury and Elton John—click #Celebrities.

Did you know that HIV is transmitted through six different bodily fluids? They are:

There are several ways this can happen:

To learn more, see the section on HIV Transmission and Risks in the POZ Basics of HIV/AIDS.