Each day, more than 2 million Americans lose an almost undetectable amount of their power to see. These are the people who have undiagnosed glaucoma and don’t know they’re slowly losing their sight to a disease that’s the second leading cause of blindness in the world. Without treatment, this group will join the more than 2.2 million other Americans already diagnosed with the condition.

Glaucoma is a group of eye conditions that can damage the optic nerves and ultimately lead to vision loss. And contrary to what many may think, everyone is at risk of developing the disease, from babies to senior citizens. “Glaucoma can occur at any age,” says Hilary Hawthorne, OD, an optometrist in private practice at the Community Eye Center Optometry in Los Angeles. “It’s usually detected in a routine eye exam, and people should get evaluated regularly.”

Most often, though, it’s people 60 and older who have a family history of glaucoma and African Americans 40 and older who are most at risk. Doctors aren’t sure why glaucoma is the leading cause of blindness among African Americans. But black people between ages 45 and 65 are 14 to 17 times more likely to go blind than whites in the same age group.

The good news is glaucoma can be avoided if the condition is caught early. Docs can diagnose the disease with a number of simple vision tests. The most common include dilated eye exams, which allow docs to look through your dilated, or widened, pupil and see the inside of the eyes; a tonometry, which measures pressure in the eyes after they’re numbed with eye drops; a visual field test to check peripheral (side) vision; an optic nerve damage test that checks fibers in the option nerve in the back of the eye; and a pachymetry, an exam that measures the thickness of the cornea, the transparent coat of the eyeball.

“There are about 30 types of glaucoma,” Hawthorne explains. “That’s why just going to a mall [on occasion] to get an eye exam isn’t sufficient to detect this serious, sight-threatening, progressive disease.” ,

In general, most eye care experts suggest people get a complete eye exam every one to three years, depending on their age, risk factors and whether they currently wear corrective lenses. Parents should get their kids’ eyes examined starting at age six months and again at age three then again when they begin school. After that, risk-free kids should have their eyes tested every two years until age 18. And when children become adults, ages 18 to 60, they should get comprehensive eye exams every two years, and then once each year age 61 and older, according to the American Optometry Association Guidelines.

But doctors also recommend that what’s most important is ongoing preventive care. That’s why Hawthorne suggests people have their eyes routinely evaluated. What’s more eye doctors recommend people check with their primary health care physicians about how often they should have their eyes examined if they are not in good health, have chronic illnesses, or a family history of glaucoma, cataracts or other eye diseases.

What else should people know about glaucoma? Well, the condition can develop after an injury. In addition, diseases such as diabetes can cause secondary glaucoma, which is when another condition contributes to increased eye pressure, resulting in optic nerve damage and vision loss.

In general, there are two common forms of glaucoma. In the first, called primary open-angle glaucoma, microscopic drainage channels within the eye become blocked. This causes a buildup of naturally produced fluid (aqueous humor) in the eye. When the fluid drains out of the eye too slowly, this causes increased eye pressure, which in turn causes optic nerve damage and vision loss.

In the second form of glaucoma, angle-closure glaucoma, the colored part of the eye (the iris) bulges forward and completely blocks drainage. This causes an abrupt increase in eye pressure resulting in nerve damage and vision loss.

But this kind of eye damage happens slowly. Both types of glaucoma exhibit a few specific symptoms: tunnel vision (loss of peripheral vision, when sight narrows and scenes appear as if you’re looking through a tube), severe eye pain accompanied by nausea or vomiting, blurred vision, seeing halos around lights, and reddened eyes. (The first symptom may mean you’ve got primary open-angle glaucoma while the others may signal angle-closure glaucoma.)

Although no type of glaucoma is curable, and its damages are irreversible, treatment and regular checkups can prevent further vision loss for people in the beginning stages of the disease. This means that the more often people get their eyes examined, the sooner doctors and detect glaucoma.

“For patients whose glaucoma is detected in their 20s, 30s or 40s, the more likely doctors are to manage their condition as they watch for change over time,” Hawthorne says. “If someone’s first eye exam is at age 68 and they’ve already had significant vision loss, there’s less likelihood of preserving 100 percent of their [remaining] eyesight.”

Treatments for glaucoma aim to reduce eye pressure by improving fluid drainage from the eye. Initially, doctors may prescribe a medicated eye drop that either reduces fluid production or increases its outflow. In addition, docs may suggest pressure-relieving oral medications or, in some extreme cases, surgery.

But why wait and risk having to discuss these options with your doc? The clear reality is that glaucoma can be treated and slowed, and the vision loss it causes can be stopped. 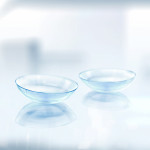 Could Glaucoma Be An Autoimmune Disease?