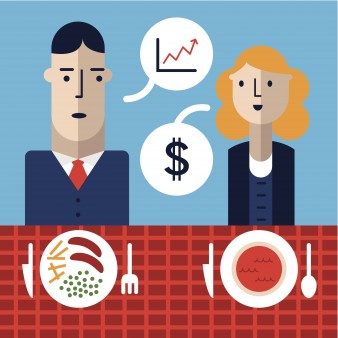 Food cravings in men versus women

In a population survey of almost 15,000 men and women that tracked food-borne diseases and sex-based differences in food consumption published in the journal Clinical Infectious Diseases, researchers note that a higher proportion of men reported eating meat, certain types of poultry, runny eggs, pink hamburger and raw oysters. In comparison, a higher number of women ate fruits and alfalfa sprouts. In addition, study results have shown that people perceive specific foods as being either masculine or feminine.

Other findings showed that males and females ate different types of nourishment for comfort. Males mostly reached for steaks, casseroles and soups, while females chose to snack on chocolate, candy and ice cream. The takeaway is that gender—as well as expectations of what men and women should eat—may play a big role in the types of foods men and women crave.

Researchers from Yale University stress that it’s key to explore these differences in order to improve interventions and make sex differences “less likely to derail weight loss attempts and contribute to gender-related health disparities in obesity.”