UPDATE: The county health department restored funding through the end of March. Here’s how you can ensure it lasts longer.

UPDATE: Shortly after the below story was posted, The Los Angeles LGBT Center announced that a temporary deal has been reached with the Los Angeles County Department of Public Health. According to the press release, funding for HIV and STI testing is restored through the end of March.

The Los Angeles LGBT Center can no longer offer free testing for HIV and sexually transmitted infections (STIs, also referred to as STDs). The free testing ended Tuesday, January 28, because the Los Angeles County Department of Public Health eliminated funding that had been earmarked for the center.

“At a time when all of us should be redoubling efforts to end these epidemics, the Department of Public Health and [its director, Barbara Ferrer, PhD, MPH] are turning their backs on the LGBT community and their duty to protect the public health of all Angelenos,” said Los Angeles LGBT Center CEO Lorri L. Jean in a press release from the center. “We demand the [Los Angeles County] Board of Supervisors take immediate action to restore care to those who need it most.”

The LGBT Center was one of the largest providers of free STI tests (including thousands of HIV tests) in LA county, according to the press release. From 2019 to 2020, funding from the health department for free tests at the center decreased over $1 million. This led to the elimination of testing and treatment at the center’s Jeffrey Goodman Special Care Clinic, which for 27 years had provided those services to the community.

The funding cuts arrive at a time when STI rates are soaring in Los Angeles County, notably among young members of the LGBT community. In fact, the past five years have seen a 98% spike in primary and secondary syphilis, an 81% jump in gonorrhea and a 25% increase in chlamydia.

“Access to testing and treatment is essential for combating the growing STD crisis,” explained Ward Carpenter, MD, the center’s codirector of health services. “The center is one of the most trusted and cost-effective STD testing providers in the county, specifically because of our success ensuring that the LGBT community gets the care it needs and deserves. The ripple effect of the thousands of people who will now go untested and untreated will have dangerous repercussions for the LGBT community and all of Los Angeles. As funding cuts choke off these services, STD cases in Los Angeles will soar, and it will cost millions of additional dollars in testing and treatment. These changes are shortsighted, dangerous to the public health and bad for the taxpayers of Los Angeles County.”

What’s more, the county will begin charging health partners like the center for its lab costs.

LGBTNewsNow.org posted a call to action, urging residents to call their supervisors as well as Ferrer to demand that funding be restored. Visit the website for phone numbers and sample scripts.

For related stories in POZ, including a look at how the city’s AIDS Walk has changed in the past 35 years, click #Los Angeles. 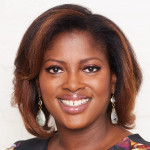