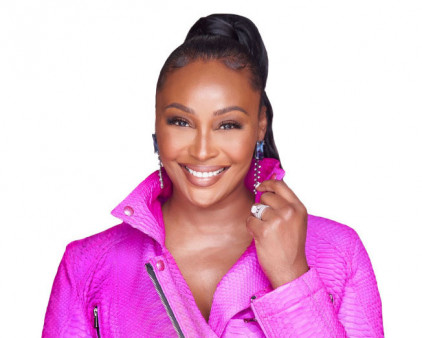 Uterine fibroids threatened to wreck her life, but Cynthia Bailey, 54, formerly of The Real Housewives of Atlanta, found a treatment that helped.

Years ago, when Cynthia Bailey was pregnant with her daughter, Noelle, doctors told the former star of Bravo TV’s The Real Housewives of Atlanta that she had a fibroid. “It was the size of a grape at that time, and it was not cancerous, so it was nothing to concern myself about, and it would probably just go away, they told me, which is not what happened,” Bailey says.

During pregnancy, fibroids, which are dependent on the production of the hormone estrogen, can grow larger triggering more symptoms. A few years after Noelle was born, Bailey became anemic. What’s more, she was always tired and had developed an appetite for some peculiar snacks. “I definitely chewed ice with the best of ’em,” she says. “And then I would even crave red clay dirt!”

Later when Bailey was in her 40s, her tummy began to protrude. “I went to my ob-gyn and questioned why I had a bloated stomach although I’ve been thin most of my life,” she says. “It was because of fibroids.”

In 2013, she was photographed on the red carpet at the Miss USA pageant with a decidedly rounded abdomen visible under her clothing. The image sparked rumors that she was pregnant and prompted a frenzy of speculation on social media. But this time, Bailey wasn’t expecting a child.

“That was the first time that I really started learning about the condition and trying to figure out what my options were for treatment,” she says.

Bailey’s ob-gyn at the time immediately suggested she have a hysterectomy, a surgical procedure that removes all or part of a woman’s uterus. Black women are at least twice as likely as white women to undergo this invasive surgery, which many doctors consider the gold standard solution to eliminating fibroids, which are usually noncancerous.

“Hysterectomy was never an option that I wanted to consider,” Bailey says. “But when I first started doing my research, I found that most people either just wanted me to have a hysterectomy and be done with it or thought that fibroids weren’t that serious and I should just deal with the condition.

“That’s easier said than done because fibroids really do impact your life,” she continues. “As a business woman with a very busy schedule, I didn’t get to call in sick. I couldn’t lay in bed for two or three days because I was dealing with a heavy period. I still had to show up. I would have appreciated hearing more positive resolutions to the problem, as opposed to just ‘Have the hysterectomy.’ It just felt like there were no in-between options.”

When Bailey was younger, her menstrual cycles were unpredictable, painful and characterized by prolonged periods of heavy bleeding and clotting. “They lasted anywhere from seven to nine days sometimes,” she says. “It was normal for me to not be able to do anything for the first two days. Fibroids have really affected my life for a very long time, and my menstrual cycle has definitely been a big part of my life.”

Almost 25% of Black women between age 18 and 30 have fibroids compared to about 6% of white women, according to some national estimates. By age 35, that number increases to 60%. Black women are also two to three times more likely to have recurring fibroids or suffer from complications.

By the time she finished walking the red carpet at the Miss USA pageant, Bailey had had enough. She experienced other unpleasant symptoms besides a bloated stomach, including pain and pressure in her pelvis, painful sex and urinary urgency.

“Sometimes I felt like I had to urinate really bad, and then it would be drip, drop, drip!” she says.

Frustrated, she began researching fibroid treatments. Eventually, she opted for uterine fibroid embolization (UFE), a nonsurgical treatment that alleviates the toughest symptoms and preserves the uterus and fertility.

UFE is a minimally invasive outpatient procedure that involves the injection of special particles into the uterine artery to block the flow of blood to fibroids, causing them to shrink.

One of Bailey’s chief concerns about UFE was how long it would take to recover from the procedure. Thankfully, recovery time is short. “More than anything, though, I wanted to know how well it was going to work after I had it done,” she says.

“My mother had fibroids, but she didn’t know that she had them, and she ended up having a hysterectomy, which opened up a whole set of other issues for her,” Bailey continues. “She didn’t know what was happening and just suffered.”

Interestingly, Bailey learned that among RHOA’s mostly Black cast “pretty much everyone except one or two people out of six had fibroids,” she says. “I decided that I wanted to share that journey with the world and my fans on the show.”

Bailey was compelled to go public and start speaking about the condition because “nobody was really talking about it, and I knew that I could not be the only one who was dealing with fibroids,” she says. “I decided not only to talk about it but to talk about it on the platform that I was on at that time, The Real Housewives of Atlanta.”

At first, Bailey met with resistance. “My producer didn’t think anyone would care seeing me filmed having the UFE procedure.”

But Bailey fought hard and convinced the program’s executives to film the event even if they chose not to air it. As a reality star, she felt that chronicling this episode was authentic and would show viewers how fibroids had affected her life.

“I remember being in scenes where I would be on my cycle and we would be filming—sometimes for three and four hours straight—and I would get up, and there was just blood everywhere,” she says. “I don’t know what was worse: the fact that I bled through my clothes or the fact that I had bled on my castmate’s furniture. I had to do something about this, and I wanted it on the show. Thank goodness Bravo decided to keep it in because it ended up being probably one of the most important things I’ve ever done on this show.”

After the episode aired, Bailey was approached by women everywhere she went. “All over the world, women would come up to me and say, ‘Because of you I did something about my fibroids,’ or ‘I’ve never talked about my fibroids,’” she says. “There were women who had never even talked to their husbands about fibroids.”

Peter Thomas, her husband at that time, also talked about how Bailey’s condition affected him.

It’s not just the women that suffer; it’s everyone around us too because we are moody, and then we feel depressed, we have no energy, we are fatigued, we are bloated. We are a mess!” Bailey says.

“Fibroids certainly affected my marriage in a lot of ways,” she reveals. “It definitely affected my sex life because I was on my period most of the time. I was either coming on or getting off my cycle, so I was PMS’ing for eight days and then cleansing and getting off of it, so that left, maybe, four or five days for sex.”

“Heavy and painful menstrual periods caused by fibroids destroy the best 30 years of women’s lives, giving them days full of misery and loneliness,” observes Yan Katsnelson, MD, who founded the Fibroids Fighters Foundation, a public welfare organization that promotes women’s health and the safe and effective treatment of uterine fibroids. “Anyone who suffers from this condition should consider UFE; no woman should suffer in silence.” 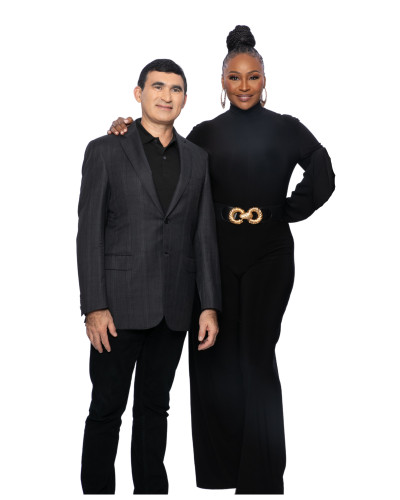 “Some of my castmates and most of my friends, once they started to try to have children, they all had issues because they had fibroids, every single one of them,” she says. “And so many of them reached out to me to find out what I did, what information and recommendations I had for them because they could not even start their pregnancy journey until they dealt with their fibroids.”

Bailey’s UFE experience was straightforward. “The procedure was exactly like they said it would be, so it was not super invasive. It was pretty quick. The recovery time was pretty easy. I was back at work in a couple of days. I took the first day off and the second day off, but I was filming by the third day for sure, I remember. In about a month, I could see lighter periods. They went from eight days to about four days, which was a blessing.

“After the procedure, I was back at work on the third day, and I felt like if I had to go back on the second day, I could have,” she adds.

“A lot of times people don’t realize that celebrities or people on television are dealing with some of the same issues that they’re dealing with, and I just share my journey with them,” she says. “I also talk about fibroid treatment options and how UFE worked for me.”

Although Bailey called it quits for Season 14 of RHOA, many more viewers will learn about her fibroids journey.

“The great thing about The Real Housewives is that those episodes air as long as the show is on, so they’re continuously reaching people,” she continues. “I try to make an impact on social media and by joining amazing fibroid organizations like the one that I’m a part of now, just talk about it because it’s not one of those things you talk about once and stop.”

Katsnelson’s mission is to make women with fibroids aware that effective alternatives to hysterectomy are available. “Hopefully, even less invasive procedures or pills will be invented later,” he says. “But right now, UFE is an amazing option that every woman who is affected by fibroids should consider.”

“I think the most effective way to help women get this information is to keep talking about it because gynecologists still don’t tell people about it,” she says. “That’s how we see results.”