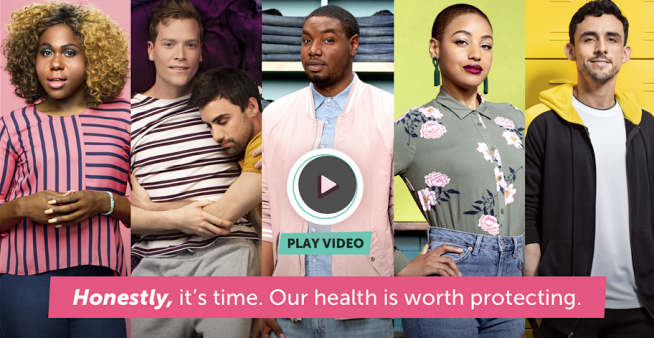 In a First, Drugmaker Gilead Promotes PrEP and HIV Prevention in TV Ads

Awareness about HIV prevention and testing will get a major boost this summer—via a new TV ad campaign called “Healthysexual,” reports NBC News.

What’s more newsworthy, perhaps, is that the ads are funded by pharmaceutical giant Gilead Sciences, makers of Truvada, the daily pill that can be used as PrEP, or pre-exposure prophylaxis, to prevent HIV-negative people from contracting the virus.

Beginning with a spot called “Honestly”—which you can watch above—the campaign will run June through August, reports NBC news, and the ads will focus on groups most at risk for HIV.

“When developing this campaign, it was important to us that the materials feature a diverse group of individuals who are representative of the communities most impacted by HIV, including young Black and Latino gay men, as well as cisgender and transgender women,” Gilead said in a statement to NBC.

Until now, Truvada as PrEP has been promoted by local health organizations, such as the racy one below created by the Washington, DC, Department of Health (read more about that campaign here).

According to NBC, since Truvada was approved for PrEP in 2012, Gilead has granted only about an average of $5 million a year to organizations to support their efforts to promote PrEP. That’s much less than the $100 million it spent in 2017 to promote its hepatitis C med Harvoni.

And don’t expect to hear the words PrEP or Truvada in the “Honestly” spot. Instead, the characters in the ad speak directly to the camera as they mention concerns about HIV testing and prevention.

“Honestly, we should have used a condom, but we got distracted,” one half of a gay couple says.

“I know I should get tested for HIV, but honestly, I’m afraid to find out,” a Black man relates.

Future spots in the campaign will explicitly mention PrEP and Truvada, reports NBC.

The campaign steers viewers to HonestlyItsTime.com, which redirects to Healthysexuals.com. There, visitors will find resources such as how to find free condoms and LGBTQ-friendly doctors, where to find testing locations, and information about PrEP.