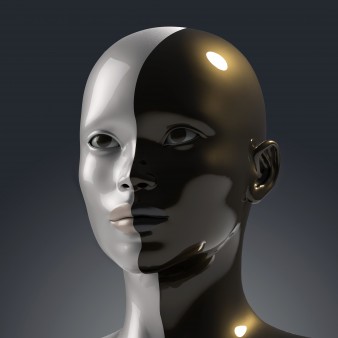 The Enigma of Extreme Mood Swings

Although bipolar disorder is hard for many to understand, mental health experts have learned much more about this perplexing mental illness in recent years.

Often, an individual may seek medical assistance when depressed without knowing that the root cause of his or her condition might be bipolar disorder. Conversely, the euphoric stage of the illness may be associated with high energy or, sometimes, bizarre behavior that could include reckless sexual decisions, drug use, pathological overspending and criminal activity.

Doctors aren’t quite sure why some individuals develop bipolar disorder. But health experts confirm that there are four types of this particular mental illness, defined by the duration or cycling of each mood: bipolar I disorder, bipolar II disorder, bipolar disorder not otherwise specified and cyclothymic disorder. Sometimes, an individual is depressed or manic for many months, while other times these phases persist for only a few days or months.

Charles Collins, MD, a professor of clinical psychiatry in the department of psychiatry and behavioral neuroscience at the University of Cincinnati College of Medicine, believes bipolar disorder is inherited. Additionally, he says, the more relatives with bipolar disorder an individual has, the greater his or her risk of developing the illness.

But BD may appear suddenly at a critical time in a person’s life, such as after an illness or severe stress, though in many instances, the individual “already had a genetic predisposition to the illness,” Collins explains.

Most people with bipolar disorder are diagnosed in their teens or mid-20s and sometimes after pregnancy. In the case of the latter, the woman was likely genetically predisposed Collins says.

One of the challenges with BD is that doctors frequently misdiagnose the condition. This can happen when an individual develops a substance abuse problem or attention deficit disorder. His or her family might dismiss the behavior as a phase and not recognize it as a precursor to bipolar disorder.

For many people, learning that they have bipolar disorder is difficult, so some may deny that they have a mental illness. In addition, the extreme mood swings can create tension at home, work and school. At times, an individual with BD may believe drugs and alcohol can help him or her feel better. But this approach never works, according to the National Institute of Mental Health (NIMH).

Additionally, health care professionals worry about another issue: the number of individuals with bipolar disorder who don’t seek help. Reasons for this can include stigma, lack of insurance or exorbitant out-of-pocket costs for treatment; inadequate treatment for the condition may pose yet another public health problem.

More sobering still is that 80 percent of the estimated 2.3 million Americans with bipolar disorder have not been diagnosed, according to one NIMH estimate.

For African Americans, the rate of BD is the same as it is among other Americans, but Black folks are less likely to receive a diagnosis and, consequently, risk not getting treated at all for the illness. Mistrust of mainstream medicine and the stigma associated with mental health problems in the African-American community may further exacerbate this problem.

Currently, there is no magic pill or treatment regimen available to cure bipolar disorder. And finding the right combinations of available drugs for treatment can be a challenge. “Many of the drugs given to patients suffering only from depression will not work for bipolar patients,” Collins explains.

Many psychiatrists initially prescribe mood stabilizers, such as lithium, a naturally occurring element, or anticonvulsive drugs used to treat epilepsy for their patients’ bipolar disease.

Other medicines may also be needed to help balance a patient’s moods. But because no one treatment fits all, it takes trial and error to determine what does work. Health care professionals are increasingly suggesting that those with BD include exercise and a healthy diet in their treatment plan, as they believe these lifestyle changes can be helpful.

When meds and behavioral therapy fall short, patients should work with their medical team to find other drug combinations or treatment options that might work better for them, such as electroconvulsive therapy (ECT), a.k.a. electroshock treatment.

In popular films such as One Flew Over the Cuckoo’s Nest, ECT is depicted as horrific electric blasts to the brain meted out to unruly patients in a mental hospital as punishment for institutional infractions and as a way to cow and control independent-minded patients. But this treatment is nothing like that.

People with BD who receive electroconvulsive treatments are sedated and anesthetized, just as they might be for surgery. “They feel no pain as the treatment creates a seizure in specific parts of the brain,” says Takesha Cooper, MD, a professor of psychiatry at the University of California—Riverside Medical School. “The patient does not jerk or move during the session.”

ECT gently zaps the brain with a small amount of electricity to cause a seizure that essentially reboots and restores normal function to the organ. A short series of these safe and effective treatments over a couple of weeks or months often helps a patient return to a more normal life, Cooper says.

Joseph R. Calabrese, MD, a psychiatrist who directs the mood disorders program at University Hospital Cleveland Medical Center, says there are three important things to remember if a family member has been diagnosed with bipolar disorder. “You need to learn about the illness, help the person accept it and look for similar symptoms in other members of the family so they, too, can be helped,” he suggests.

Calabrese is concerned that people with bipolar disorder have specific health issues—including facing a higher risk of suicide—that are sometimes overlooked. “Suicide is one important cause of death, but most people with bipolar disorder often die 20 years earlier than they otherwise might from untreated or poorly treated chronic conditions, such as heart disease, diabetes and COPD,” he notes.

Frequently, patients who live with bipolar disorder struggle to comply with treatment, which presents a huge obstacle in the management of their illness. “There are a couple of reasons why people with bipolar disease do not continue to take their prescribed medications, including that they feel better and believe they no longer need the drugs. Some patients believe the meds aren’t working, so why bother?” says Bruce J. Schwartz, MD, a professor of clinical psychiatry and behavioral science at the Albert Einstein College of Medicine in the Bronx. “In addition, they may be troubled by side effects, such as weight gain, or they’re unable to pay for their prescriptions.

Delaying treatment can result in poorer outcomes for those with BD. Collins says health practitioners must educate the public about this illness, especially minority communities. “The issue is that depression and bipolar disorder in minority populations typically are not diagnosed and not brought to the attention of health care workers to trigger treatment as quickly as in other populations, particularly in the depressive phase,” Collins says. “This is true with about half of African Americans going undiagnosed, and the rate is even higher in Hispanic populations.”

Other mental health experts, such as William Lawson, MD, a psychiatrist and associate dean for health disparities at the Dell Medical School at the University of Texas in Austin, agree with this assessment and suggest that part of the solution lies in cultivating a more diverse pool of doctors and eliminating the shame associated with mental health issues.

“For one thing, we need to have more Black physicians in the pipeline,” he says. “We also need to educate the community that people with bipolar disorder should engage in psychiatric therapy. Not doing anything about it is never a smart idea.”

Evolution of a Mental Illness

A brief history of bipolar disorder

Bipolar disorder has been with us since the earliest of times. The ancient Greeks and Romans coined the words mania and melancholia to describe the two extreme moods people with bipolar disorder (BD) exhibited. Today, the terms used are manic and depressive.

The term bipolar refers to the polar opposites of mania and depression, the ups and downs people with this well-studied illness experience. Bipolar first appeared in the third revision of the Diagnostic and Statistical Manual of Mental Disorders, which was published in 1980 and effectively replaced maniac as a term for people with BD.

Years ago, many people with bipolar disorder were believed to be possessed by the devil and were shunned or hidden away in asylums as a result. Then in the 1850s, French psychiatrists Jules Baillarger and Jean-Pierre Fairet helped develop a better understanding of the mental illness.

Their work expanded the theory that BD exists along a spectrum, or range, that reflects different degrees of the condition based on the combination of symptoms manifested. The controversial concept—which psychiatrists still debate—arranges BD into four main classifications, each containing additional subtypes.

According to the National Institute of Mental Health, this more specific breakdown of the disorder’s signs and symptoms can help doctors properly diagnose and treat people with BD so they’re better able to lead healthy and productive lives.