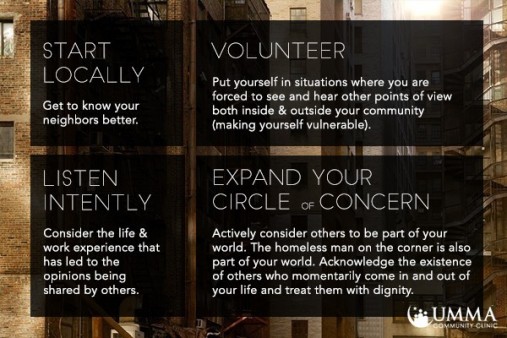 Here are some ways to actively become more empathetic. Courtesy of UMMA Clinic

“It’s OK. I’m right here with you.” -Toddler girl comforting her mom as she witnessed police kill her mom’s fiancé

Run. Run fast. Try to dodge the bullets permeating a community event as police fall to the ground. Sit still. Be calm. Keep your hands up. Don’t agitate the police lest you wish to be killed. In both cases the heart races and you don’t know if you will live to see the next sunrise.

Again and again as a nation we are running scared, feeling angry, and experiencing intense pain. Our nation, our communities are hurting. How we end up healing appears to be a roll of the dice.

Mr. Montrell Jackson, one of the police officers slain in Baton Rouge, Louisiana, this past month wrote the following weeks before he was killed: “I swear to God I love this city but I wonder if this city loves me. In uniform I get nasty hateful looks and out of uniform some consider me a threat.” Am I to be considered a cynic, If I note that he was doomed either way? This is community trauma. Not only should it be considered a public health crisis, but also considered the top diagnosis of our country’s current state of being.

Medicine, psychology, and the legal professions frequently focus on resolving individual trauma – trauma to the organism, trauma to our personal consciousness, and individual injury under the law and as separate disciplines are often ill-equipped to address trauma that originates in the historical and cultural experience of an entire community.

While we have long recognized that healing of trauma can never be a solitary act, as observed in 1996 by Reichenberg and Friedman, “Healing of trauma cannot be accomplished by an individual alone, it must take place in all of life’s relevant dimensions: family, peer group, community, society and culture”, the persistence and endurance of the impact of community trauma, both in the United States and across the globe, suggest we have not yet learned exactly how to deal with the problem. We can look upon racism, injustice, health disparities, and economic gaps with sympathy for those who suffer, but clearly mere sympathy alone fails to uplift all our communities. We need to understand the specter of community trauma in a different light. We need an empathy revolution.

While most reasonable people express sympathy when our fellow human feels pain, the crushing weight of injustice, or suffer under the continuous threat or actual horror of violence and oppression, our sympathy is nonetheless at a distance. We see the wrong in the world, but keep it at arm’s length, a remote horror that may never visit our own doorstep. Yet each of our communities reside side by side dealing with their own traumas.

We need understanding through true empathy, having walked a mile in another’s shoes, and truly internalized what it means to be a traumatized community, to fear for one’s life and livelihood because of where you live, what you look like, your profession, or the ideas you advocate. Sympathy is a great first step, but when you feel another’s literal and psychological pain, then empathy has taken root and compassion, fraternity and understanding can grow. We need not agree but we need to feel each other’s pain.

A community health center in underserved, impoverished areas cannot just heal the body anymore. There needs to be activism and community engagement to accompany our medical prescriptions.For many that may take them beyond their comfort zone. But empathy requires us to feel the discomfort of our community, above and beyond our individual revulsion at injustice. Can we truly transcend our community trauma by staying within our comfort zone? “Community health center” has the word community in it; our mandate has been set, but should we serve only as a practical stopgap, or do we have a responsibility to both the health of the individual and the health of the community?

As I write this, I am attending the 2016 International AIDS Conference in Durban, South Africa – Sixteen years after Nelson Mandela galvanized the world to take up the fight against AIDS, experts and activists return to the South African city of Durban, seeking to revitalize the fight against the disease that still exists, but many have forgotten. His words of passion and urgency must continue to motivate us for decades hereafter for his work is incomplete. In a similar vein, many heralded Barack Obama’s election in the U.S. as the beginning of a post-racial era, yet many communities found that the institutional inequities persisted, and day-to-day life changed very little. In these same communities, the police continue to be seen as objects of fear and trepidation, instruments of an ongoing oppression.  These are lessons hard learned over decades.

I myself grew up in the South Bronx at the time that originated the phrase, “The Bronx is Burning”, and I was strictly warned by those older and wiser that it was ill-advised to ever call the police, as the result would just as likely increase our problems as solve them. This is the context of the recent rash of protests against police brutality and the equally unjustified attacks on the police. It occurs in a context of shared trauma. The police often regard certain communities as “war zones” and the communities in response regard the police as an occupying force. Each fail to recognize that the trauma is a shared response of the community as a whole.

These are not remnants of the past. As the previous director of a public health organization in Oakland, California, I found myself frequently making tough decisions regarding calling the police, carefully weighing the severity of problems with the possibility that a confrontation with police might be fatal. How could I, a public health advocate, justify such an outcome? This is not a judgement on the community or the police – they are the same community, and only empathy can bridge the gap.

And while thirty years past the Apartheid Era, the sense of community trauma is palpable in South Africa and the uncertainty of all regarding the future looms everywhere. But everywhere there is also hope, a slow hope that little by little the problems of the past can be resolved and the community can grow together rather than apart.  It is absolutely necessary to heal the psychological wounds of historical social injustice and community trauma as well as the physical ones, and to foster reconciliation between communities as a keystone prescription for health in the coming decade. The resulting trauma of these events can be widespread and have an impact on mental and physical well-being. And for ethnic minority communities, where low-wage jobs, food deserts, poor quality education, and unsafe neighborhoods predominate, trauma can exacerbate the perception that the community is isolated and forgotten.

It is not rare for communities as a whole to experience grief and we now know that trauma is transferred from generation to generation. Communities across the country that were not directly touched by these events also feel the pain of these occurrences. These are normal reactions. These are the reactions of the empathetic. We all rise or fall together.

As a nation, we’ve paid lip service to the idea that no child (our symbol of innocence) should ever be left behind, but it is difficult for us to admit that in order for this to be true, neither should any community be left behind. It is important to identify injustice. It is important to mitigate the impact of inequitable economics. Yet, what truly uplifts us all is empathizing with the plight of our fellow human, to move beyond the politics of fear and division to understand that we rise and fall together, or as author Mohsin Hamid said, “Empathy is about finding echoes of another person in yourself.” 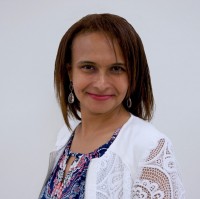 Miriam Y. Vega, PhD, is CEO of UMMA Community Clinic in South Los Angeles, California, and is also an HIV researcher. She was previously executive director of AIDS Project East Bay and vice president of the Latino Commission on AIDS.

This article was originally published on the UMMA Clinic website. 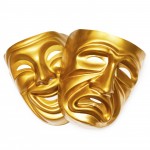 Is There a Link Between Humor and Depression?

Rates of PTSD From Urban Violence Higher Than From Actual War