The animals have 100 times as many cells as humans but rarely get cancer. New gene studies may help explain why.

Could elephant DNA hold the key to more effective cancer treatment? That’s what cancer scientists are trying to find out. Researchers are currently studying the animals’ for their amazing evolutionary ability to keep cancer cells at bay, The Washington Post reports.

Researchers have long noted that elephants have 100 times as many cells as humans but rarely get cancer. This is since cancer happens when cell division goes wrong, and the large animals (which live an average of 60 to 70 years) undergo quite a lot of it.

So what gives elephants superior cancer protection? One study, conducted at Arizona State University found that elephants have 40 copies of what’s known as the TP53 gene, which acts to suppress tumor cells before they can grow and spread. By comparison, humans and most other animals have just two copies of this gene.

Researchers at the University of Utah have also found that elephants have other anticancer mechanisms in their DNA, such as their natural cell response when exposed to substances that damage DNA. When an elephant cell encounters these, it tends to simply die rather than heal itself. This is a much safer approach to stopping the spread of cancer since healing cells are much more likely to mutate into cancerous cells.

When taken together, these attributes provide elephants with a genetic anticancer arsenal. Researchers say they hope to harness their understanding of the animals’ ability to stave off cancer to develop new ways for humans to prevent cancer. Eventually, it may be possible to use gene therapy, genetic engineering, or pharmacology to apply the elephants’ natural immunity to our own genome.

Can Bacteria Live in Concrete? 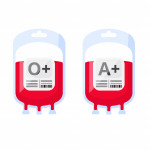 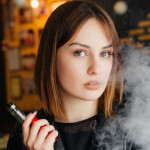 Can Smoking E-Cigarettes Damage Your DNA?