Treating HIV very soon after infection may preserve key facets of the natural immune response to the virus that otherwise would have been compromised by leaving the infection untreated for longer.

Shortly after infection, HIV spurs the body to launch a massive response based in CD8 “killer” immune cells. This will bring down what is typically a very high initial viral load. However, over time, this immune response becomes exhausted and dysfunctional, permitting the virus to rebound and sustain a lifelong infection.

Publishing their findings in Science Translational Medicine, researchers from the longitudinal FRESH study enrolled South African women who were 18 to 23 years old at enrollment. The women are seen twice weekly and receive testing each time with an assay that can detect acute (very recent) HIV infection as it looks for viral RNA.

“The results have implications for HIV vaccine development, as this kind of functional immunity to HIV is what we would need from a vaccine,” Bruce Walker, MD, the director of the Ragon Institute of Massachusetts General Hospital, the Massachusetts Institute of Technology and Harvard Medical School and the senior author of the report, said in a press release.“We now need to see whether these [immune] responses [among those treated early] can control HIV in the absence of ongoing [ARV] treatment or if we can further augment their immune responses.”

There are indeed documented cases of individuals with HIV who started ARVs very soon after infection and who later went off treatment and have sustained a controlled viral load for years.

That said, in the most famous case of such sustained posttreatment control of the virus, that of “the Mississippi Child,” the girl did experience viral rebound after 27 months off ARVs and was put back on treatment. 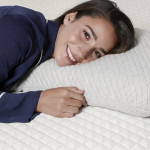