Study: Term “On the Down Low” Could Harm HIV Prevention for Black Men

The description is used to describe black men who identify as heterosexual and secretly have sex with other men. Researchers believe the phrase can cast a negative light on the behavior as an issue unique to black men.

In a study published in the January 2009 issue of Social Science and Medicine, researchers say they believe that one of the problems with outsiders—such as public health professionals—using the terminology is the term is used as a simple label, without understanding the social, cultural and historical factors that drive behavior.

According to the article, the authors of the study emphasize the importance of poverty, racism and social inequality to the HIV epidemic, and they note that few HIV prevention interventions address these topics. Moreover, researchers write that tailoring interventions to fit men on the down low “conforms to a narrow, individual-level approach to HIV prevention.” 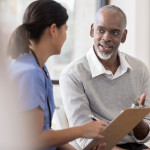