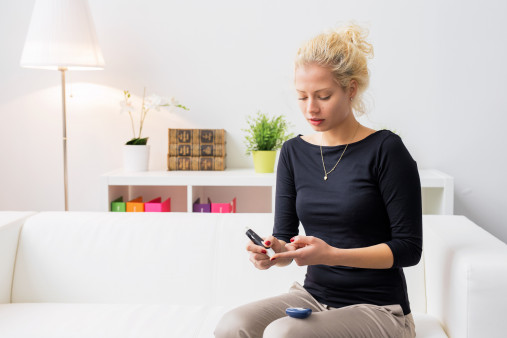 Women with the chronic condition are 6 percent more likely than men to develop cancer.

Previous studies have shown that diabetes is a risk factor for certain cancers. Now, new findings published in Diabetologia suggest that diabetes increases the risk for all cancers by 10 percent. What’s more, women with diabetes have a greater chance of developing cancer than men, reports Healio.

For the study, Sanne Peters, PhD, a research fellow in epidemiology at the George Institute for Global Health in the United Kingdom, and colleagues analyzed data from 47 observational studies of 121 cohorts with 19,239,2012 adults.

Their goal was to assess the association between diabetes and the risk of cancer anywhere in the body as well as site-specific cancers in men and women.

According to Peters, women with diabetes are 6 percent more likely than men to develop any form of cancer.

However, the risk for liver cancer was lower in women than men.

“Our findings highlight the need for more research into the role diabetes plays in developing cancer,” Peters said. “They also demonstrate the increasing importance of sex-specific research and suggest that sex differences in the risk of cancer conferred by diabetes need to be considered in clinical practice.”

Click here to learn about how late-onset diabetes diagnoses for Blacks and Latinos could be an early warning sign of pancreatic cancer.