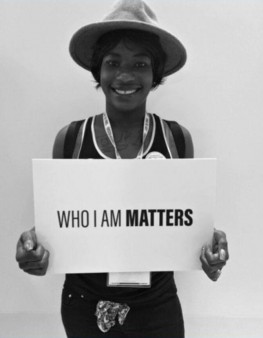 A Determined Advocate Creates an App for Homeless Youth

Legacee Kares provides young people on the streets in New York City with resources and services, including access to PrEP.

Legacee Medina knows firsthand what it’s like to be homeless. During her adolescence, and as recently as last year, the 32-year-old struggled with homelessness in New York City. Her understanding of the plight of homeless individuals inspired her to develop Legacee Kares, a resource app for local youth in need.

According to Medina, the app also gives youth ages 16 to 24 confidential access to pre-exposure prophylaxis (PrEP), a daily pill used to prevent HIV, in the palm of their hands. Additionally, it provides information for LGBTQ youth, such as where to find legal and health services and a list of drop-in centers.

“Google is not always the best resource when you’re looking for something,” Medina adds. “On the Legacee Kares app, you can literally call the agency; you can look up the directions and the website all in one place.”

While it’s available as an app, Medina also created a website for young people who may not have access to smartphones but can get to a library computer. She also discovered that the free Assurance Wireless phones provided via a government benefit program to eligible individuals are capable of downloading apps.

At age 13, Medina returned to her mother after having been in foster care. Back then, she already knew she was attracted to girls but struggled with her sexual identity. This often led to conflict with her mother, which, in turn, led Medina to run away from home and live on the streets on numerous occasions until she was 16 years old.

She eventually began to turn her life around after facing several challenges, including incarceration, mental health issues and a physically abusive relationship.

It wasn’t until three years ago, however, that she found the passion that would pave the road to Legacee Kares.

Her participation in a youth peer program at Housing Works, a New York City–based nonprofit that fights to end AIDS and homelessness, resulted in a permanent position at the organization. Although her main focus became advocacy and tracking, she continued to work with youth.

“As I started to dig deeper, to be a part of the youth advisory group with the AIDS Institute and to go to town hall [meetings] where they were speaking on youth homelessness and HIV prevention, I noticed that there was the biggest disconnect between all of these agencies and entities about what youth homelessness is, what it looks like and how they should address it,” Medina says.

Ninety percent of the time, Medina recalled, there weren’t any youth in attendance. It made her wonder whether this had also been the case when she was homeless.

With the help of ACT UP’s Bryn Gay, Medina held a town hall meeting to see what could be done to address the issue but says no one in the room came up with a solid solution on how to connect agencies and bridge the gap.

So she decided to take matters into her own hands, and that’s how Legacee Kares was born.

“I feel like because I know what it feels like to be homeless in New York City in this day and age and also work in a nonprofit field, I can look in from both aspects of what is going on, what is not going on and things that need to be done,” she says.

Her first step was to hear from young people. She held focus groups to get their perspectives, which is how the Rate Your Service feature came to become part of the app. It gives users the opportunity to comment anonymously on their experience with a particular facility or organization.

“What I found is that a lot of the places that young people go, they have a really bad grievance policy,” she explains. “Their grievances are not being met, or they’re being met with retaliation. If they speak out, they may lose their housing or they’ll give them a harder time.”

Medina says the compilation of shelters, food resources and drop-in centers on the app also came about from the group discussions. Other concerns raised by young people included unpaid job training programs and lack of transportation.

“I made sure that I have places on [the app] that do all of those things,” says Medina. “[Offer] Metrocards and paid training.”

Another concern on the list was sexual health. According to Medina, the only people who know about PrEP are young men who have sex with men and trans youth, but, she points out, a lot more young people need to know about it.

“When you’re young and homeless, as much as you may want to stick to your sexuality and what you prefer, survival sex is a real thing,” she says. “Even if I identify as lesbian during the day, if I have to have survival sex to live, am I not being put at risk?”

Medina, who is HIV negative, believes that if we want to end the AIDS epidemic, we need to be more mindful of the language used so that people will be more receptive to the message and agenda.

“So many people are left out of [the discussions about] ending this epidemic that they’re not grasping what ending the epidemic means for us as a whole,” Medina continued.

For Medina, the most rewarding part of the Legacee Kares journey is having 93 percent of users return to use the app. But it’s been a challenge, too, because this work comes with a price.

Medina is constantly working to find funding to keep Legacee Kares up and running. She started a GoFundMe fundraiser to raise $1,400 in January. As of late March, she hadn’t reached her goal. Recently, she also hosted an open mic night where all proceeds were donated to the app.

While Medina says some organizations have contributed to Legacee Kares, she wonders why the people who’ve expressed their belief in its mission haven’t reached out to help her.

“It’s a struggle for me to do this on my own,” she says. “It’s a lot, but I’m willing to do the sacrifice because I know this is something that New York City needs.”

None of this, however, has deterred her from her main goal: to one day have all-access trucks that provide professional clothing for interviews, assistance with résumé writing and HIV testing, among other services and resources to those in need.

“I know that this is something that I’m going to expand from New York City all the way to California,” Medina says. “New York City is just my beginning, but it’s not my end.”