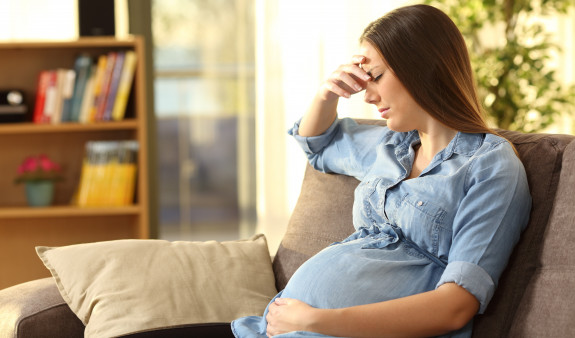 Experts recommend women be screened for depression during and after pregnancy.

Maternal depression experienced by half of expectant and new mothers go undiagnosed and untreated, which can lead to major long-term health problems both for parents and for their infants. In an effort to prevent such complications, a new report released by the American Academy of Pediatrics (AAP) is once again urging doctors to screen mothers for depression during and after pregnancy, reports AAP.

This form of depression is also known as perinatal depression, which references a period of time when symptoms of the mental disorder appear during pregnancy (prenatal) or within four weeks of delivery (postpartum). In addition, some experts expanded the time period to include the full 12 months following delivery.

If left untreated, perinatal depression can inhibit bonding and healthy attachment, promote a distorted perception of an infant’s behavior and impede a mother’s attention to and judgment concerning safety.

Ongoing research also shows that fathers experience high rates of postpartum depression too, so they must be supported, identified and referred for treatment, noted Michael Yogman, MD, FAAP, a coauthor of the report.

The AAP’s updated policy statement recommends that mothers be screened for depression once during pregnancy and during wellness visits for their babies at ages one, two, four and six months.

“We know that postpartum depression can be a form of toxic stress that can affect an infant’s brain development and cause problems with family relationships,” said Jason Rafferty, MD, MPH, EdM, another coauthor. “Pediatricians are in a unique position to help identify parents in need of extra support.”

According to Marian Earls, MD, FAAP, the study’s lead author, although advances have been made in education and screening parents for depression, more must be done to tackle the stigma that taints mental illness and assist families to find the proper help.

Click here to learn about the increase in the number of college students seeking support for mental health troubles.