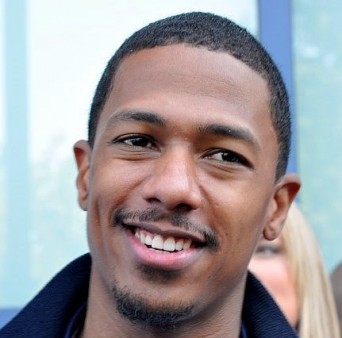 Nick Cannon knew nothing about lupus when the autoimmune disease revealed its presence in his body.

In 2012, after his kidneys began to fail, doctors diagnosed Nick Cannon with lupus. But at first, physicians couldn’t determine the cause of the busy entertainer and businessman’s troubles because the autoimmune disease is notoriously difficult to pinpoint. “I happened to be in an elevated environment in Aspen [Colorado],” Cannon says. “I just thought that I was dehydrated.”

Soon doctors learned that Cannon’s kidneys were failing. The physicians were stumped and anxious to know why he was ailing. “It was a situation where they tried to figure out what caused this, especially because I was young and healthy and it shouldn’t have happened,” Cannon says. Several tests and a couple of kidney biopsies later, they discovered lupus was the culprit.

The most common type of lupus is systemic lupus erythematosus, or SLE, which affects many parts of the body. But many different types of lupus can occur when the body’s immune system attacks its own tissues and organs. According to estimates, most people with lupus develop the disease between the ages of 15 and 44. Lupus attacks mostly women of childbearing age, and women of color are two to three times more likely to develop the illness than Caucasians. But men, children and teenagers also get lupus.

No two cases of lupus are alike, and most of the time, the disease develops—and is treated—in the same way in men and women. What’s more, among people under age 18 and over age 50, lupus afflicts equal numbers of males and females, explains the Lupus Research Alliance, the world’s largest private funder of lupus research.

Symptoms of lupus vary, but some of the most common signs of the illness include pain or swelling in the joints, legs or around the eyes, muscle aches, fever with no known cause, rashes, chest pain, sensitivity to the sun, mouth ulcers, fatigue, hair loss and pale or purple fingers or toes.

The period of time during which individuals with lupus suffer from any of these symptoms is called a “flare,” and stress is a trigger. Cannon’s hectic schedule and penchant for working long, late and hard and juggling multiple projects created the perfect storm for the flare that led to his kidney failure. After learning more about lupus, Cannon realized that he needed to change his lifestyle.

“It was explained to me that it was an autoimmune disease and that if I managed it properly and took the proper medicine, it wasn’t life-threatening,” Cannon says. “I had to be extremely careful, get on the proper diet, get the proper rest and take care of my body, and I’d be able to fight it.”

Indeed, lifestyle changes, such as cultivating good eating habits, staying active, avoiding long periods in the sun, reducing stress and getting enough rest, are key to managing lupus and minimizing flares. “You may need to cut back on hours at work or get friends and family members to help ease the demands in your life,” suggest health care experts at the Lupus Research Alliance. “Try to be flexible. If you’re tired, rest. If you’re in pain, stop what you’re doing. Know your limits. Lupus is not an easy disease, but it can be managed, and you can continue to live a full life.”

Last year, MTV renewed Wild ’N Out, Cannon’s popular improvisational comedy series, for its ninth season. The program is just one of the many ventures the prolific Cannon produces for TV, the big screen and the internet.

But now Cannon’s illness is under control. This is another reason he publicly disclosed his lupus diagnosis. “It’s more about discipline and knowing that these flares come occasionally and how your body can handle them and build up strength so, when they do come, your body can deal with the symptoms,” he says.

Cannon decided to become a spokesperson for the Lupus Foundation of America so he could tell others what he experienced and be an inspiration to those living with the illness. He also says that because of the disease, he’s continually amazed each day he wakes up and feels no pain.

“I live each and every day to the fullest, like it’s my last, because I see it as a blessing,” he says.

Editor’s Note: Watch for more about Nick Cannon and his life with lupus in an upcoming issue of Real Health magazine.