Falls, bumps, blows and jolts to the head and body can cause concussions and a host of other ills. 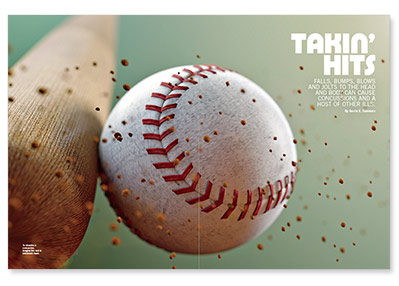 When Lindsey Carfagna played soccer in college, she suffered back-to-back concussions during her first season. The second time she was hit, she hadn’t yet healed from the first incident. “I learned later that’s when you can have a catastrophic outcome,” she says.

Doctors diagnosed Carfagna with “second-impact syndrome,” a rare condition that happens when a second concussion occurs before the first concussion has properly healed. The result is rapid and severe brain swelling. During that time, Carfagna was depressed and suffered from anxiety. “I lost a lot of friends because I couldn’t play with my team anymore,” she recalls. “For me, it went as far as having to go on medication. Prior to that, I was a happy-go-lucky, very capable person. But a brain trauma can really make you not recognize yourself.”

In general, the brain is cushioned from normal bumps and jarring movements by cerebrospinal fluid in the skull. But violent and severe blows or falls that affect the head, neck and upper body can slam the brain against the inner walls of the skull. This damages brain cells as well as creates chemical changes in the brain that may cause a number of symptoms associated with traumatic brain injury (TBI) (see sidebar).

According to the Centers for Disease Control and Prevention (CDC), an estimated 5.3 million men, women and children are living with permanent TBI-related disability in the United States. The condition is highest among adolescents, young adults and adults older than 75. But research also shows that minorities are at a particularly higher risk of TBI. What’s more, aspects of the condition, such as cognitive, emotional, sensory and motor impairments, can be missed or ignored. That’s why TBI is often called the “invisible epidemic.” The condition can negatively affect employment, social activities and family dynamics, and it can create a burden of financial debt from medical care that’s necessary for treatment.

But this isn’t all. Research suggests there is a relationship between these injuries and the onset of criminal behavior in youths and adults. The findings also show that kids from minority populations are at a decided disadvantage when it comes to recovering from severe brain injury. This is one of the reasons Carfagna, who today is a certified personal trainer with the National Academy of Sports Medicine (NASM) and a doctoral student in sociology at Boston College, advocates for concussion awareness.

“Folks that have concussions are likely to be very irritable, anxious, depressed and sad, and to experience outbursts of rage,” she says. “Despite all the anti-violence therapy I’ve done and with all the resources I can access to avoid a bad outcome, I have a really hard time cooling myself back down after something sets me off.”

Continues Carfagna, “Imagine being a 15-year-old kid and having no skills to pull yourself out of those feelings of rage. I can absolutely tell you that you’ll be hard-pressed to find somebody who has suffered a concussion who won’t tell you that you experience personality changes.”

Indeed, a recent study published in the medical journal NeuroRehabilitation found that, when compared with Caucasians, minorities experience lower rates of success after undergoing long-term treatment for TBIs. In addition, despite lots of information that shows minority populations are at a significantly higher risk of TBI, the current treatment system seems to lead to notable disparities in outcomes.

The youth population outside of sports that is most dramatically affected by head injury is that of incarcerated youngsters, particularly males. In a report published in the journal Pediatrics, researchers found that kids convicted of a crime were more likely to have self-reported their TBI. “Some suffer concussion while in the custody of juvenile centers,” Carfagna says. “Concussions can cause changes in mood, anger, moments of oubursts, depression, suicidal thoughts, and a host of other cognitive and behavioral side effects. For a middle-class kid with a strong support system, these things are challenging but not typically life-threatening. In addition, they don’t exist alongside existing stereotypes and bias as they do for poor kids, particularly youth of color.”

Carfagna says that she’s been a bit frustrated with the conversation about concussion awareness and youth safety. “It’s awesome that we’re giving attention to this important issue,” she says. “But if I were a sociologist, I’d be doing a poor job if I didn’t also note that there are youth populations who suffer  from head injuries at a higher than average rate. There’s very few people talking about this particular aspect of the issue.

“I’m passionate about issues of social justice, and I tend to bring that lens to whatever I do,” Carfagna continues. “But this isn’t always welcome in the health, fitness and sporting realms.”

Carfagna adds that, for poor kids, particularly poor young people of color, the side effects of a concussion can push them into the school-to-prison pipeline, or fuel the perception that minority youth have violent tendencies. “I think it is very important that more people are aware of the relationship between concussions and youth incarceration, or at least how the concussion awareness movement misses major pieces of our youth populations,” she says.

Indeed, a number of findings target TBI as a chronic condition with long-term health issues that must be addressed if incarcerated offenders are to be successfully rehabilitated. But before this happens, everyone must become educated about concussions and understand the full effect this type of TBI has on the body and the brain.

Many people believe that concussions only happen when an injury causes someone to lose consciousness, but this isn’t necessarily true. “I remember not hearing things correctly and feeling like things were incredibly slowed down,” Carfagna says. “Sometimes your ears might feel like they’re ringing, depending on where you got hit. Everything feels kind of slow and a little bit surreal. There’s a sensation of dizziness. A lot of people will vomit, or might feel like they’re going to throw up. You may also have trouble seeing, feel sensitivity to light and sound right away, and you may feel irritable. But sometimes these things don’t happen immediately. Also, depending on the severity of the blow, some people can heal within two weeks. But we still don’t know why some people don’t.”

Experts advise that if you don’t feel quite right for several days or weeks after you’ve sustained a TBI, check with your doctor, especially if your symptoms become worse. According to the CDC, most people fully recover from a concussion, but it can take some time. What’s more, rest is very important after a TBI so the brain can heal.

“You have a lot of parents putting their kids into youth sports, wanting to do the best thing for them, to keep them active, to socialize them,” Carfagna says. “But many of them also grew up in an era where [the attitude toward a child’s injury was] ‘You just got your bell rung, get back out there.’”

In the Future, Amazon’s Alexa Could Help Diagnose Medical Conditions 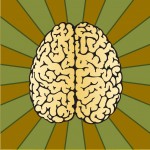 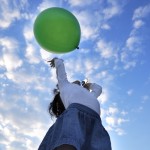 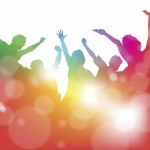