Why is it that the common cold seems to hit hardest during the winter months? New findings from a Yale University study published in Proceedings of the National Academy of Sciences say it might have something to do with the way human immunity declines in chillier weather, The New York Times reports.

For the study, researchers took cells from the airways of mice and tested how easily the cold-causing rhinovirus infected the cells at different temperatures.

Scientists noticed that at around 91 degrees, the ability of cells to prevent the cold from multiplying faded. Researchers theorized that the cold virus might be taking advantage of cool temperatures in the nostrils to invade a blind spot in the immune system.

It’s the other side of the theory that high body temperatures are actually a defense mechanism that helps the immune system fight off infections more efficiently.

Americans suffer about 1 billion colds every year. Back in the 1960s, researchers first discovered that the cold-causing rhinovirus replicated more quickly a few degrees below human body temperature. But until now, scientists could never explain why.

Did you know that using painkillers to ease fevers can make you even more ill? Click here for more information.

When and How to Wash Your Hands 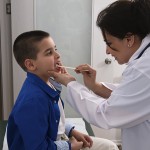 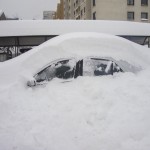 Still Digging Out? Here’s Why Shoveling Snow Can Be Deadly