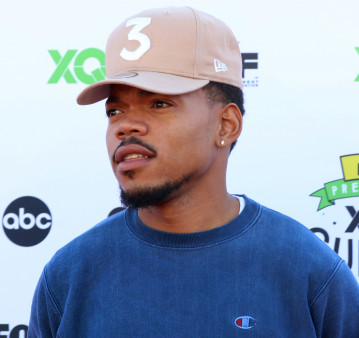 Six different mental wellness providers will receive $100,000 in grant monies from the Chi-Town hip-hop star as part of the pledge.

Chance the Rapper has been adamant about reforming his hometown of Chicago for some time. To that end, the Grammy Award–winning hip-hop artist recently pledged $1 million to address mental health in Chi-Town, the online magazine Pitchfork reports.

“I am proud to announce that I am pledging $1 million toward mental health services in Chicago,” said Chance at his second annual summit for his nonprofit SocialWorks on October 5. (Watch a video of the event above.)

Mental health providers in Chicago will have the opportunity to apply for a $100,000 grant, which will be awarded to each of six organizations. But that’s not all.

SocialWorks also announced “My State of Mind,” a new mental wellness initiative. Its stated goals are “to unify the broader mental health community, increase the access and visibility of services and make it admirable to be honest with oneself.”

The strategy includes an inclusive digital and physical guidebook that contains a list of mental health resources for direct care, referral-based and educational services as well as programming opportunities within Cook County, Illinois.

According to SocialWorks, the manual will be produced and used by a group of mental health practitioners from the county’s public and private sectors.

“Every day, facilities sprout up; and every day, new facilities are closed—sadly,” Chance said. “So we need a new space where people can get information on how they feel, on where to go and a network for us to interact and review our mental health spaces and create a community of people helping people.”

At the event, Chance also announced $2 million in funding for Chicago Public Schools (CPS), the third largest school district in the United States. Last year, the rapper donated $1 million and raised an additional $2.2 million for CPS.