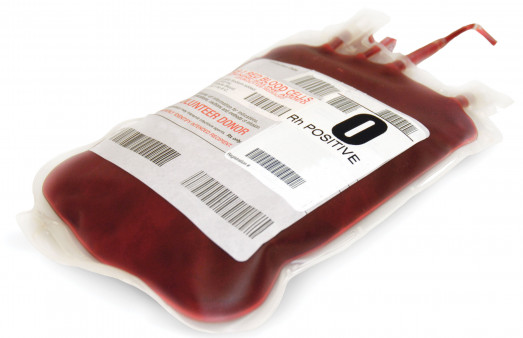 UPDATE: Canada to End Its Ban on Gay Blood Donation

Canada’s new blood screening policy will not focus on sexual orientation. How does it compare with U.K. and U.S. rules?

UPDATE: The story below, which looks at gay blood donation bans in Canada, the United States and United Kingdom, was originally published December 15, 2021. On April 28, 2022, Canada announced it will lift its ban on donations from sexually active men who have sex with men (MSM). Instead of requiring these men to be abstinent for at least three months before donating blood, the new policy will screen all potential donors of blood and plasma for “high-risk behaviors,” reports Reuters. Specifically, anyone who has anal sex with a new partner must wait three months before being eligible to donate blood and plasma. According to Reuters, Canada’s new policy will take effect by the end of September.

Many researchers and advocates praised the update and encouraged the United States to follow.

We should do this in US too, right away https://t.co/r0FIT9AQUK

Here’s the original article from December 2021:

More gay and bisexual men in Canada may be able to donate blood in the upcoming months. That’s because Canadian Blood Services has formally requested that Health Canada overhaul its blood donor policy, reports CTVnews.ca.

Under current regulations, gay and bisexual men and certain transgender people cannot donate blood if they’ve had sex with men in the past three months.

If Health Canada approves the new policy, health care providers will need to be trained on the new screening system before it can be implemented, a process that could take a few months.

All blood donated in Canada is tested for HIV, according to CTVNews.ca, and the virus can be detected within about nine days after transmission.

“We have more evidence than ever before…that indicates this change [in policy] will not compromise the safety or adequacy of the blood supply,” writes Canadian Blood Services on its website. “Currently the risk of HIV being introduced to the blood system is extremely low, and according to the evidence, the proposed change will not increase that risk.”

Other countries have made similar updates in their blood donor policy. This past June 14, which marked World Blood Donor Day, the United Kingdom changed its screening process to focus on specific behaviors instead of the sexual identity of potential donors. Specifically, gay men in sexually active monogamous relationships can donate blood; the BBC profiled a gay couple thrilled at the opportunity to make potentially lifesaving donations.

Currently, gay and bisexual men in the United States can donate blood only if they have not had sex for three months. A year ago, the Food and Drug Administration launched a pilot study to explore easing up on the prohibitions, in part because of a need for blood donations amid the COVID-19 pandemic.

Many advocates claim that the three-month abstinence requirement is still too strict, as it is based on the donor’s sexual preference and perceived risk and not actual risk or real-life sexual activity. For example, as Newsweek pointed out, a gay man would be prohibited from donating blood to his own dying husband—even if the couple were monogamous—unless they hadn’t had sex during the previous three months.

The FDA study is titled ADVANCE: Assessing Donor Variability and New Concepts in Eligibility and is being conducted in collaboration with select LGBTQ community centers nationwide as well as three of the largest blood centers in the United States—the American Red Cross, OneBlood and Valiant. To learn more, see “This Study Might Allow More Gay and Bi Men to Donate Blood [Video].” 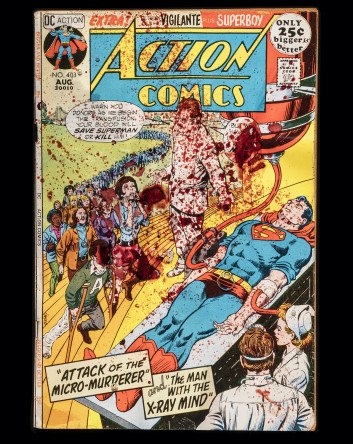 In related news, artist Jordan Eagles creates art with human blood and superheroes. Check out his work—a sample is above—in our profile “Fighting for Your Right…to Donate Blood!” And for a collection of similar articles click the hashtag #Blood Donation.