Can Coffee Reduce the Risk of Chronic Liver Disease?

Coffee drinkers appear to have a 49% lower risk of dying of chronic liver disease.

Previous research has suggested that coffee consumption could lower the risk of death due to liver disease, among a number of other benefits. But whether different types of coffee—ground, instant or decaffeinated—are equally beneficial has remained unclear.

Oliver Kennedy, MD, PhD, of the University of Southampton in the United Kingdom, and colleagues examined the link between drinking coffee and advanced liver disease outcomes. They accessed clinical records for 384,818 coffee drinkers and 109,767 non–coffee drinkers in the U.K. Biobank database. Over a follow-up period of 10.7 years, the researchers identified 3,600 cases of chronic liver disease (CLD), 5,439 cases of steatosis (liver fat accumulation) or CLD, 301 deaths from CLD and 184 cases of hepatocellular carcinoma, the most common type of liver cancer.

Irrespective of whether the coffee was ground, instant or decaffeinated, the team found similar associations, though ground coffee was found to be a tad more beneficial. While the association was stronger when coffee consumption was higher, the benefit waned beyond three to four cups of coffee a day.

“The finding that all types of coffee are protective against CLD is significant given the increasing incidence of CLD worldwide and the potential of coffee as an intervention to prevent CLD onset or progression,” wrote the researchers.

Since the study only surveyed participants about their coffee consumption once, it isn’t possible to establish that coffee drinking directly caused the improvement. Moreover, coffee drinking does not diminish the need for other measures to prevent liver disease, such as reducing alcohol consumption and maintaining a healthy weight.

Click here to read the study in BMC Public Health. 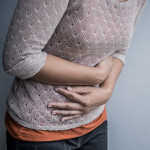