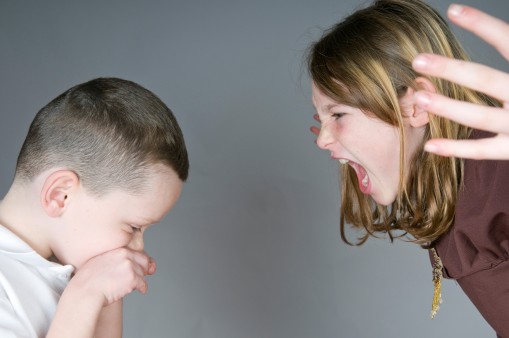 Squabbles and conflicts between siblings can sometimes reflect deeper issues. According to recent findings published in Psychological Medicine, children who are bullied by their siblings as well as those who bully their sisters or brothers are up to three times more likely to develop psychotic disorders, such as schizophrenia, in adulthood, reports ScienceDaily.

For the assessment, researchers assessed sibling bullying at age 12 via a questionnaire completed by nearly 3,600 children from the Avon Longitudinal Study of Parents and Children (a world-leading birth cohort study). At age 18, participants completed a standardized clinical examination that evaluated psychotic symptoms.

Overall, 664 kids were victims of sibling bullying, 486 were bullies to their siblings and 771 were bully-victims, meaning they were victimized by siblings and bullied their siblings at age 12. By age 18, 55 of the study’s total participants developed a psychotic disorder. Kids who were involved in bullying (either as perpetrator or victim) multiple times each week or month exhibited a two- to threefold increased risk of suffering a psychotic disorder compared with other children.

Further findings showed that youngsters who bullied their siblings and were also bully-victims were most at risk of developing a psychotic disorder. Worst of all, kids who experienced bullying both at home and at school were four times more likely to eventually suffer from a severe mental condition.

“Children spend substantial time with their siblings in the confinement of their family home and if bullied and excluded, this can lead to social defeat and self-blame and serious mental health disorders—as shown here for the first time,” said Dieter Wolke, PhD, a psychology professor at the University of Warwick in Coventry, England and the senior author of the study.

Researchers concluded that health care providers and parents should be advised not only about the long-term effects of sibling bullying but also the need for interventions to reduce and prevent these negative interactions between kids in households.

Click here to learn why bullying is a public health issue.