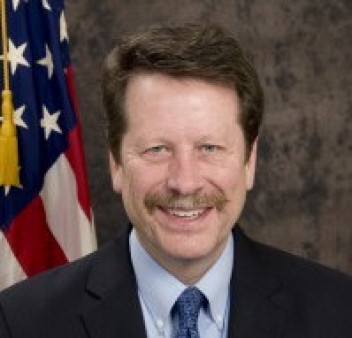 Robert Califf headed the Food and Drug Administration for 10 months under Obama. Will he manage to implement his ideas this time around?

President Joe Biden has chosen Robert Califf, MD, to head the Food and Drug Administration (FDA), the federal agency that approves medical tests, vaccines and treatments, including those for COVID-19. If the Senate confirms the nomination, this will mark Califf’s second time serving as FDA commissioner.

Califf previously led the agency for 10 months at the end of the Obama administration, and, as STAT News reports, if confirmed, he’ll have lots of unfinished business to address, including sparring with the tobacco industry.

Since he left the FDA in 2017, Califf, 70, has worked at Verily Life Sciences, a biotech spin-off of Google’s parent company, Alphabet. He has a long history as a clinical trial researcher and academic and for 10 years ran the world’s largest academic clinical research center, the Duke Clinical Research Institute in Durham, North Carolina. He’s an adjunct professor at both Duke and at Stanford universities. and has worked as a paid consultant to pharmaceutical companies, including Merck, Biogen, Amgen and others, reports The New York Times, which also noted that previous candidates were found to have had even closer ties to the industry.

Dr. Robert Califf is one of the most experienced clinical trialists in the country, and has the experience and expertise to lead the Food and Drug Administration during a critical time in our nation’s fight to put an end to the coronavirus pandemic. As the FDA considers many consequential decisions around vaccine approvals and more, it is mission critical that we have a steady, independent hand to guide the FDA. I am confident Dr. Califf will ensure that the FDA continues its science and data driven decision-making. Dr. Califf had strong bipartisan support in the Senate in 2016, and I urge the Senate to swiftly confirm Dr. Califf so he can continue the important work being done at this critical moment.

Under the Trump administration, the FDA was criticized for its handling of the COVID-19 pandemic and for failing to stanch the spread of medical misinformation disseminated by Trump. The FDA allowed faulty COVID-19 tests to enter the market, The New York Times points out, and it approved the emergency use of hydroxychloroquine, a decision the agency later withdrew.

During Califf’s previous stint as FDA commissioner, he wanted to transform how drugmakers, clinical researchers, health care professionals and the FDA use data, reports STAT News. For example, he wanted to create a data clearinghouse called the National Medical Evidence Generation Collaborative. It’s likely he’ll revisit the topic, STAT News adds, because he has written that COVID-19 has “laid bare [that] our clinical trials ecosystem is inefficient and siloed and fails at critical moments.”

Other unfinished business from his first tenure at the FDA includes increasing regulations regarding tobacco and e-cigarettes, improving the hiring system at the FDA and reforming the system through which opioid drugs are reviewed and approved.

While serving as commissioner of the FDA, Califf penned a February 2017 opinion piece titled “Working Together to Reduce the Devastating Effects of Opioid Misuse” that ran in POZ.

Experts Warn of “Tripledemic” of COVID-19, Flu and Respiratory Illness