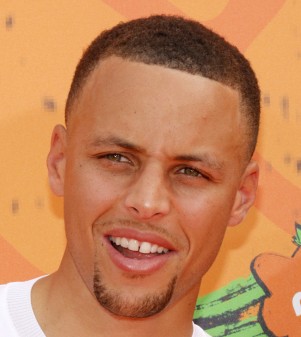 Beyond the Physical: How Stephen Curry Prepares His Mind for Action

Many people consider Stephen Curry one of the National Basketball Association’s greatest point guards of all time. The two-time MVP and NBA champ lives his life under a microscope both on and off the court and must contend with all the pressures that accompany being an elite athlete and role model to millions of fans.

The Golden State Warrior tells us how he overcomes stress in a recent 60-second Kaiser Permanente television advertisement, the product of a partnership—first announced in 2015—between the health care provider and the NBA intended to build healthier communities.

In the video, Curry plunges into a sensory deprivation pod: a soundproof tank filled with warm water and Epsom salt that allows individuals to float. He submerges the thoughts that fill his head—criticisms and comments about his status and playing abilities in basketball—into its depths. “He is not one of the greats yet,” says one commentator. “It’s about titles,” adds another.

After some time in the tank, Curry emerges in his team uniform, ready for action on the court, declaring himself “calm, strong and focused.” He walks confidently toward the cheers from an unseen crowd and tosses a basketball from one hand to the other. An announcer calls his name, and on the screen appears the the tagline “Train the mind. The body will follow.”

The ad premiered on April 8 as part of Kaiser Permanente’s “commitment to help all people develop resilience by highlighting Curry’s approach to…overcome challenges,” according to a statement.

“Resilience—which helps us adapt well in the face of adversity, trauma, tragedy, threats or significant sources of stress—is not just built in from birth,” said the health care provider. “Becoming more resilient involves behaviors, thoughts and actions that can be learned and developed over time.”

Kaiser Permanente has posted a series of interviews with Curry on its social media channels in support of the campaign. In the interviews, Curry discusses why it’s important to train the mind and how he does it, which includes spending time with his family and playing golf. (Kaiser Permanente will share a segment on Chris Paul of the Los Angeles Clippers at a later date.)

According to the health care provider, individuals will be encouraged to share their own stories of handling pressure and how they’ve developed resilience. Curry and Paul will use the hashtag #trainthemind to invite fans to join the conversation. The health care organization said its goal is to bring the topic of mental health and wellness out of the shadows.