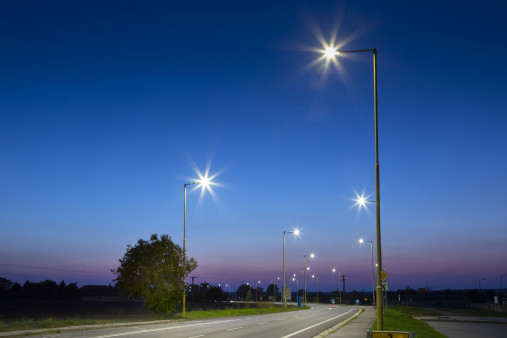 The effects of artificial light indoors on individuals are well documented. But new findings from a large-scale study, published in the journal JAMA Psychiatry, suggest that high levels of outdoor artificial light are associated with less sleep and and a higher risk of developing a mood disorder among youngsters, according to a press release by the National Institute of Mental Health.

For the inquiry, researchers used a nationally representative sample of more than 10,000 American teenagers ages 13 to 18 to examine data on their individual and neighborhood characteristics, mental health outcomes and sleep patterns.

Scientists required the teens to complete an assessment for mental health disorders and answer questions about their sleep habits, such as bedtimes and how much they slept .

Next, researchers checked satellite imagery to calculate the average levels of artificial light for city blocks in the United States and measured teens’ exposure to this type of outdoor lighting.

Findings showed that teens living in areas with high levels of artificial light at night were more likely to turn in 29 minutes later and clock 11 fewer minutes of sleep on weeknights versus teens who lived in areas with lower levels of manmade illumination.

Higher levels of artificial light at night also put individuals at a greater risk of developing a mood or anxiety disorder. Teens who lived in these areas were more likely to meet the diagnostic criteria for bipolar disorder or a specific phobia—an overwhelming and unreasonable fear of objects or situations that pose little real danger but that provoke anxiety and avoidance.

In addition, the results underscored social disparities—for example, minority teens and teens from immigrant and lower-income families are more likely to live in areas where more artificial lighting is used at night.

Investigators proposed that future inquiries could help ascertain whether interventions using the various properties of light, such as brightness and spectral composition, could help to improve adolescents’ sleep habits and mental health.

For related coverage, read “Can Lack of Sleep Increase the Risk of Mental Health Problems in Kids?”