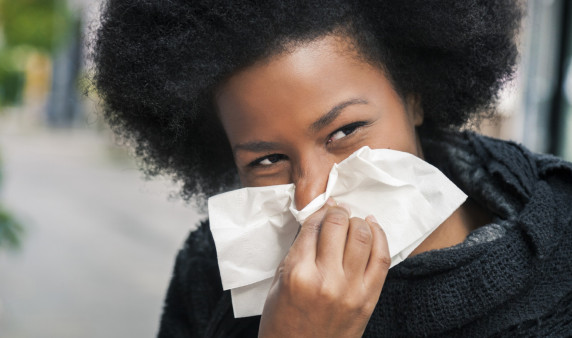 Antihistamines May Improve Response to Immunotherapy

“In searching for factors that might influence responses to immunotherapy, we were surprised to discover that antihistamines, a mediator of the allergy response, were associated with significantly improved outcomes in patients,” Dihua Yu, MD, PhD, of the University of Texas MD Anderson Cancer Center, said in a press release.

Checkpoint inhibitors block proteins on T cells that help regulate immune function. For example, some tumors can hijack a protein called PD-1 to turn off immune responses. Drugs that block the interaction between PD-1 on T cells and its binding partner on malignant cells can release the brakes and restore T-cell activity against cancer. Another checkpoint protein, CTLA-4, suppresses T-cell multiplication.

But not every individual with cancer responds to checkpoint inhibitor treatment, and the reasons are not fully understood. Yu and colleagues conducted a retrospective study to understand how antihistamines may boost antitumor immunity and alter response to immunotherapy.

They found that cancer patients with low plasma histamine levels had a higher overall response rate to PD-1 checkpoint inhibitors compared with patients who had high histamine levels. Among people who received checkpoint immunotherapy for melanoma or lung cancer, those who took antihistamines had significantly lower death rates and longer survival than those who did not take the common drugs. Although people with breast or colon cancer who took antihistamines also had a reduced death rate, this association was not statistically significant. Antihistamines afforded little benefit to cancer patients treated with chemotherapy.

Data analyses of samples from The Cancer Genome Atlas revealed that higher levels of HRH1 in tumors were linked to poorer antitumor immunity, weaker response to immunotherapy and worse survival.

“Looking closer at this relationship, we discovered that histamine, through its receptor HRH1, can promote cancer cell immune evasion and resistance to immunotherapy,” study coauthor Yi Xiao, PhD, said in the press release.

Further, the researchers noted that both histamine and HRH1 were present at high levels within the tumor microenvironment. The HRH1 receptor was highly expressed on certain types of macrophages that suppress immune response, and histamine was present in cancer cells. When they blocked HRH1, either by knocking out genes or use of antihistamines, immunosuppression was reversed, resulting in increased T-cell activation that checked tumor growth.

“Our preclinical findings suggest that antihistamines have the potential to enhance responses to immunotherapy, especially in those with high levels of histamine in the blood,” said Yu. “There is more work to be done, but we are excited to continue exploring possible therapeutic applications with antihistamines, which offer an inexpensive approach with minimal side effects.”

Click here to read the study abstract in Cancer Cell.

Click here to learn more about immunotherapy for cancer